Paul Galea: Yeah. Hello, Georgia. How are you?

Georgia Christian: Hello, Paul. How are you going? Very well, thank you.

Paul Galea: I’m well, thanks. Now you’re Georgia Christian. You graduated in 2009. I remember you very fondly as a very spirited and feisty young woman with a beautiful heart. And I’m just ringing to catch up with you and find out what you’ve been doing.

Georgia: Thank you. I graduated in 09 and, immediately after School, I had about a year off. Then I got into Australian Catholic University (ACU) for marketing or something along those lines, but my heart really wasn’t in it, so I basically took off from there. What I really wanted to go into was psychology or the social sciences or something like that, but I just simply didn’t have the mark for it so I had to go along a different pathway to get there. So the first thing I did was I went to ACAP which is the Australian College of Applied Psychology, and I did my Diploma of Counselling there. That contributed to the recognition of prior learning and was counted towards my Bachelor of Psychology, which I also did there. My Bachelor of Psychology, took me twice, almost triple, the time to do than it normally did because I had two kids in between.

Paul Galea: So you’re doing all of this as a young mother?

Paul Galea: Explain that to us. Give us a bit of an idea of what that was like.

Georgia: Well, it was quite intense. So I had my kids unexpectedly. It was very welcome when I found out. And I was very happy about it, but then basically it was sobering. The minute that I found out I was pregnant, I realised I really had to put myself in a position where no matter what happened, I’d be able to provide for these kids. I want to lead by example. I want to make something of myself and follow my dreams because if I’m happy and I’m doing what I want to be doing, I know that that will translate into how I raise my children. So I was determined when I fell pregnant to finish the degree. So I did. The majority of my Bachelor of Psychology was either with a newborn or a toddler. And as soon as I finished my psychology degree, like around that time, there was a breakdown in my relationship. So I became a single mum very quickly. 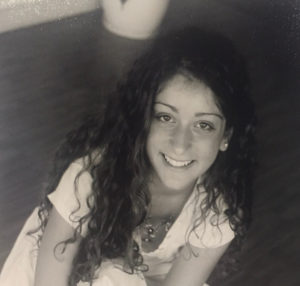 Paul Galea: Okay, hold on. So not only have you got two young children doing this, you’re also bringing them up by yourself. Is that correct? More or less?

Paul Galea: Wow. And what age were you when this was happening?

Paul Galea: Okay, this is very interesting. Keep going. So you’re  a single mum trying to get your qualifications in psychology.

Georgia: And yeah, I did. I got the qualification quite well, and I got a job immediately after that, working in mental health disability support, which is where I’m still at. But I have just found out on a side note, that I’ve just got a job as a drug and alcohol counsellor for New South Wales Health as well. I love it.  As well, I’m halfway through my Masters of Psychotherapy and Counselling, at Western Sydney University.

So I am at the tail end of that. My son was very young when I started that. So basically all of my undergrad and post grad education has been as a single mom with very small children. So I’ve had to grow up. I’ve really had to be very, very frugal with my time and be really organised and basically not make any excuses. Because I realised very quickly that when I had my children that absolutely nobody was coming to save me. I just had to do it. And I did it. And here I am now. 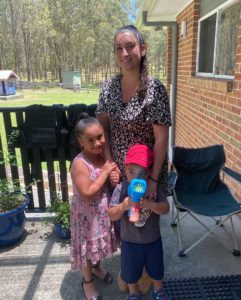 Paul Galea: One of the things that just stands out straight away there is that anyone who’s had young children knows that time is a really precious commodity and so your management of that time is crucial. So to be able to do that and to do what you’ve done, you’ve obviously been able to really focus and do what you what you really needed to do when you needed to do it. And I hope I’m not being rude here, but the girl you were at school, I wouldn’t say that was who that person was.

Georgia: Absolutely not. And that’s where I was going with this. In high school, I actually had undiagnosed mental health stuff, which I didn’t find out until I was 21. So basically dealing with that was a baptism of fire. I got quite unwell when I was 21. I had to basically rebuild my identity, my whole life from scratch because I got very, very sick and at first it felt like a debilitating illness where I would not have a normal life. But some people get post traumatic stress. I got post traumatic resilience or post traumatic growth, whichever one you subscribe to. So going through that and surviving it and actually coming out stronger made me realise that well, I can do anything. Those mental health things basically were coming out in school. They were manifesting in poor time management, lack of focus, ADHD type symptoms as well as inter-relational stuff. And I had no idea what was going on. I knew something was wrong, but I had no idea what was happening. And then I found out after my 21st birthday what it was and, through a baptism of fire, I had to sort myself out.

Paul Galea: So you’ve basically left school, started doing something that you weren’t in love with, found out that you’ve had a mental illness and then you’ve gathered yourself and brought up two young children. And you have got all your qualifications and are working in the area that you wanted to be working in. Georgia, you’re a poster woman for resilience and persistence! 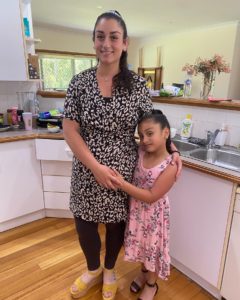 Georgia: Thanks so much, Paul. Look, I really appreciate it, but I’m not going to lie to you. It didn’t come without its challenges, and sometimes it was not pretty, but we got there in the end. I’ve had to really, with the mental health stuff, which is the field I’m working in, it comes down to what you’re willing to do. I mean, it’s like anything else. What you put in is what you get out. So I committed to really doing therapy twice a week, every week, for years, and showed up to my appointments. I did what I had to do. And I’ve been medication free and you wouldn’t ever be able to tell that any of that happened. It’s an illness like any other, but it wasn’t easy or simple. I did that. I got through it. It was quite intense.

Paul Galea: Yeah, I’m not trying to downplay the effort and the things that you had to do. But it is a pretty impressive achievement that you’re where you are today, and I think that’s fantastic. Obviously, you had a few ups and downs, at school. But are there any good memories from school that you can tell us about?

Georgia: Oh, yeah. I had a lot of good memories from school. I was blessed. It was an excellent school. My fondest memories would obviously be, because, if you remember, I was quite creative. I loved the Art and Drama departments and doing our group work for HSC Drama. That was a real highlight for me and so was going overseas. I did German for my HSC and went on exchange to Hanover in Germany.  I also went on the Vietnam History trip (I think you were one of the chaperones) which was also an invaluable experience. And I really enjoyed it. And also the teachers. They’re so lovely. All round, despite the challenges it was lovely.

Paul Galea: Very good. And lastly, because this has been super, super interesting Georgia. Just really very gratifying just to listen to what a mature and level headed and fantastic young woman you are. Do you have any advice for the kids who are still at school? I think because from my experience, hearing from you guys, the ex-students, they are much more likely to listen to you than to listen to someone like me or their parents.

Georgia: Oh, advice. Hmmmm. I try to avoid giving people advice!? I guess what I would say is, instead of advice, I would give moral support in that you will most likely be okay if you just show up and you check your intentions and say, “why am I doing this? What am I trying to achieve by doing this?” and just check in with yourself. Check in with your intentions, where your heart is and keep showing up. And that’s basically worked for me, anyway.

Paul Galea: I agree with you 100 per cent. I mean, life is more or less persistence. And when it starts going wrong, trying to get going again. Georgia, it’s been an absolute pleasure speaking to you. I’m super impressed. I’m so glad that we had the chance to chat again. And I’m looking forward to hearing about maybe even somewhere down the track, your kids going to IGS! Who knows?