Alum of the Year nominations roll in

From the Director of Advancement Paul Galea

Hello everybody. Here are our next 5 nominations for IGS Alum of the Year. Interesting and slightly perplexing to me, the oldest nominee graduated in 2006. Where are all our fab older alums? Too busy or cool to nominate one of your year mates? Let’s get at least some nominees from the 90s or even the 80s! 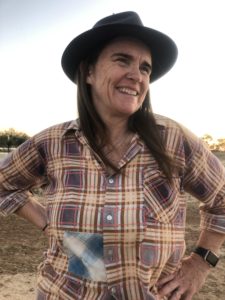 Lucy has been at the school for a million years and for much of that time she was a Head of Year, Head of House and/or Head of Wellbeing, so she knows the kids that have gone through our school. I’d like to thank Lucy for agreeing to help. 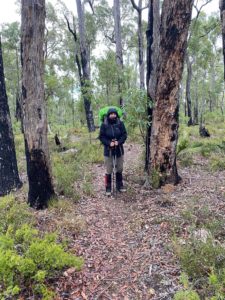 I have a nomination! I’d love to nominate Rebekah Hawkins (class of 2010): Bek is the warmest, kindest, most adventurous and positive person I have ever had the privilege of knowing – a true ray of light. She’s a woman who knows her strengths and is determined to encourage others to be the best versions of themselves.

Impressively, she is currently on a SOLO TWO MONTH HIKE through WA(the Bibbulum Track, 1003 km)… an incredible feat of endurance, mental fortitude and a testament to her love of nature and dedication to pushing herself onwards and upwards.

On top of all this, she has the best laugh and quirkiest (read: dorkiest) fashion sense. She’s a true individual shaped by experience, self reflection and measured risk taking.

On ya Bek! Slay the game. 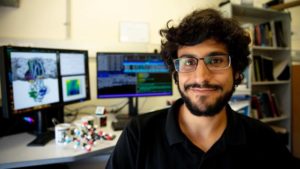 I’d love to nominate Miro Astore for what he had to say in this article.

Thought it was a very poignant piece highlighting a serious issue the Australian science sector is facing. Moved my whole family and I. 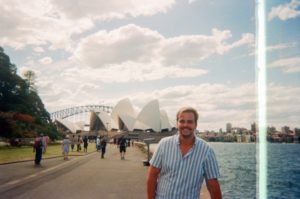 I’m nominating Joshua Maxwell for Alum of the Year after seeing his interview with you in InFocus earlier this year. I found his path after leaving IGS super interesting and inspiring. I also think he should be honoured for his work on vaccines after the last few years we’ve had where that has been so important and will be even more important into the future. 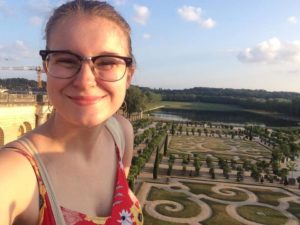 How are you? I am emailing because I have seen your posts for Alum of the Year nominations and I wanted to throw a name in the ring: Esther Hannan-Moon (2015).

After graduating in 2015, Esther has graduated from her postgraduate degree in publishing and editing from UTS. At just 25, she has accepted her first full time assistant editor position at Hello Fresh and is responsible for editing content for the New Zealand recipes.

Looking at her future Esther, hopes to set up an independent publishing house dedicated to publishing young and emerging writers who are unable to publish at major companies for a range of reasons.

She begun working on creating this inclusive industry in 2020 during her time as Editor at Vertigo (UTS). I believe Esther is a worthy nominee for Alum of the Year because she has not only successfully graduated from two degrees and begun working in the industry she is passionate about, but she has a strong sense of justice with her passion to create an equal and accessible publishing and editing industry.

In short, I believe Esther is the embodiment of everything IGS stands for. She really believes in “unity through diversity”. 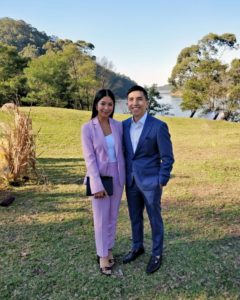 Steve personifies the very reason for IGS: to provide a nurturing environment for people who through their personality foster a kinder and stronger society.

His care for his community and sense of personal achievement has led him to become a doctor. A nation’s successes are an aggregate of quiet acts of generosity and leadership. Australia’s survival of the Covid-19 pandemic is due to conscientious and responsible people like Steve working on the front line, caring for both COVID patients and people struggling with mental health issues during the pandemic.

Steve has created and supported life-long friendships through IGS, and is consistently the first to find ways to help his friends.

He always shows an interest in and respect for diverse cultures and people (specially food …), as he himself understands the opportunities, eccentricities and, indeed, struggles of modern multicultural Australia.

Steve never draws attention to himself. He moves through the world humbly, with an infectious ease and openness, leaving people feeling valued, and showing through his acts that decency, reasonableness, and respect are truly alive.

This award would celebrate Steve’s spreading of light and warmth out into society in the best traditions of IGS. 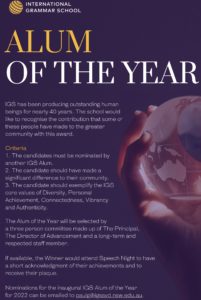 Good wishes flow in for our Class of 2021