Congratulations to IGS Class of 2022 graduate William Smith, whose Visual Arts Major Work has been selected for HSC showcase ARTEXPRESS.

William’s film, IFIFEELSHEFEELSWITHME, will be part of Virtual Exhibition VX at the Art Gallery of New South Wales. 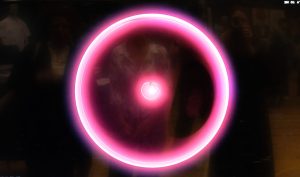 We congratulate all our Class of 2022 graduates for their diverse major works, a number of which have been nominated for HSC showcases.

Preparing students for the future

May the Fourth Be With You!