Congratulations to all our IGS students who took part in the recent Middle School Ethics Olympiad.

“The Ethics Olympiad is designed to get students thinking, talking and ultimately working together on some of the tough moral issues of our time,” said IGS Humanities Teacher Gareth Dowse.

“It is different from a debate in that it encourages collaboration and building upon the other team’s ideas, rather than ‘winning’ an argument.

“Our ‘Ethletes’ from Years 7 and 8 formed two teams and, via Zoom, discussed with other school teams in NSW and the ACT through four gruelling rounds.

“They discussed the moral dilemmas of fast fashion, nuclear energy and the issues arising from the movie Jaws among other issues.

“The Yellow Team was awarded the Silver Medal, while the Orange Team placed fifth.

“This was a huge success considering it was the first time competing, and we are looking forward to this becoming a long-running event.

“Team Yellow has been invited to participate in the International final in February.” 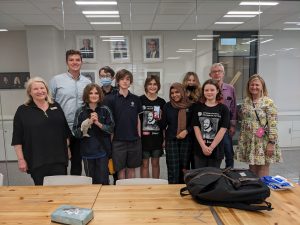 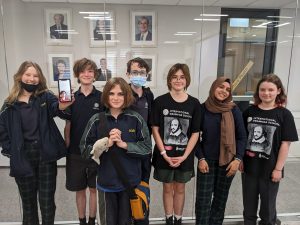 Textiles and Design popular with all