I am delighted to share with you our 2022 HSC highlights. Our students have worked with drive and determination. Under the guidance of their experienced and dedicated teachers, and with the strong support and encouragement of family and friends, they have achieved so much. 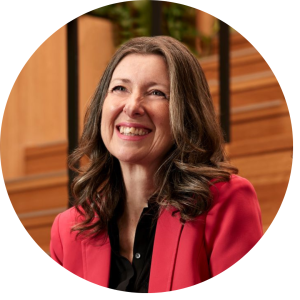 Placing first in an HSC course is an enormous achievement. Students from across NSW who topped the State in a course were announced at an awards ceremony by NSW Education Minister Sarah Mitchell on Wednesday 14 December. Two of those students were from IGS.

Each year, students who achieve results in the top band for at least 10 units of HSC courses are recognised in the prestigious NSW All-round Achievers list. This year six IGS students gained such an honour.

This is the highest number of Year 11 students that IGS has presented for the HSC a year early. Of these students, 11 achieved results above 90 per cent, with three students achieving 90 per cent in more than one HSC course.

Eight Year 11 students accelerated in Mathematics Advanced, achieving an average of 81 per cent.

The highest result was earned by Maxime Laurans-Wall with 96 per cent, followed by Samuel Lightfoot with 93 per cent.

For the first time, an IGS student accelerated in HSC Dance. Jonathan Riesel studied the course with an Outside Tutor.

Jonathan’s Core Performance and Major Study Performance were both nominated for inclusion in the 2022 HSC Showcases as part of Callback. Callback is a selection of outstanding performances and projects from HSC Dance students.

From next year, HSC Dance will be taught at IGS in the new Renaissance Centre.

A group of ten Year 11 students completed both the Year 11 and Year 12 Aboriginal Studies courses in one year. Their average result was 89 per cent.

The highest result, of 95 per cent, was achieved by Katelyn Clarke, followed by Madison Travis and Charlotte Waley, both with results of 93 per cent.

We are proud that IGS students received 22 nominations and 3 selections for HSC showcases for exemplary Major Projects in Dance, Drama, Music Composition, Textiles and Design, Music Performance and Visual Arts.

ARTEXPRESS is the annual exhibition of exemplary artworks created by students for the HSC in Visual Arts.

CALLBACK is a showcase of exemplary performances and compositions by HSC students of Dance.

ENCORE is a showcase of performances and compositions by HSC Music students.

OnSTAGE is a  showcase of performances and projects by HSC Drama students.

Shape is an exhibition featuring a selection of students’ exemplary HSC major projects from Design and Technology, Industrial Technology and Textiles and Design.

Texstyle is an exhibition of a selection of exemplary Textiles and Design projects from the HSC.

Nominated for Shape and Texstyle

A word about The Sydney Morning Herald school rankings

The SMH defines “success rate” as the number of high scores (90 per cent and above) expressed as a percentage of exams sat. On this measure, IGS was ranked at 83, with a “success rate” of 18.15 per cent. The median “success rate” for NSW schools was 5.47 per cent. Other measures that create a fuller picture of students’ effort and achievement are set out in this summary, and we commend all our students on their many achievements.

As we, class of 2022, move onto the next chapter in our lives, I believe that each of us agree that it is simply not adequate for us to look back on our time at IGS as something in our past.

Having benefited from its embrace, it is our duty to strive, as life-long ambassadors for IGS, to live and spread the incredible values of IGS, and to ensure that all our community members experience some of the beauty that we have experienced here. That is the true measure of our success.

To our parents, you have succeeded. Here we are — not just ticking a box on our way to somewhere better, but happy, thriving, confident, and full of wonderful qualities you instilled in us.

Your priority was our happiness and we have years of happiness, joy and laughter at IGS to look back on. To my Mum and Dad, to my grandparents who are probably on facetime, to my sister, to my best friend Sofia, thank you for being the reason for my happiness.

To IGS, thank you for being my home for the past 15 years, and instilling in me not just a love for learning, but passion and empathy and love.

Thank you for the greatest privilege of being your Head Girl, and Madiba, thank you for being alongside me the whole way.

(This is an excerpt from Zahra’s Speech Night Address at the State Theatre in December 2022. View her full speech.)

With all that’s going on out in the world, it can feel dangerous to be yourself, but at IGS it has felt exciting and adventurous.

Throughout my life I have been in situations where I was afraid to be myself, but none of those times were at IGS. In essence, we’ve been empowered to be the best WE can be. IGS handed us a mould – not to fit into, but to break…

The education we have received at IGS – that our parents worked hard to afford us and that our teachers worked tirelessly to give us – is something very special.

We have the capacity to adapt, the courage to act and the heart to inspire others. It’s incumbent upon us to use our privilege to be the change we wish to see in the world. When we do that, we create ourselves a future to hope for…

Year 12, teachers, family and friends, you have made all the difference to my life. Thank you.

(This is an excerpt from Madiba’s address at the 2022 IGS Speech Night at the State Theatre. View his full speech.)

In closing, and on behalf of the entire IGS community, I warmly congratulate each of our HSC students. While this summary captures some of the academic highlights, we know that there are many other success stories. We commend every member of our Class of 2022, and those who accelerated, on their achievements and contributions to our school community. We wish you all the very best for the future.