I am delighted to share with you our 2021 HSC highlights. In a tough year, through lockdowns and unprecedented uncertainty around the HSC, our students worked with drive and determination to achieve an outstanding collective outcome. Under the guidance of their experienced and dedicated teachers, and with the strong support and encouragement of family and friends, they have achieved so much, proving once again that they can do difficult things. We are so proud of them.  Congratulations and well done Year 12!

Placing first in an HSC course is an enormous achievement. Students from across NSW who topped the State in a course were announced at an awards ceremony by NSW Education Minister Sarah Mitchell on Wednesday 19 January. Two of those students were from IGS.

Jamison topped the State in Spanish Continuers with 95 per cent. He also achieved 99 per cent in Drama and 98 per cent in French Beginners, with an ATAR of 99.5.

Each year, students who achieve results in the top band for at least 10 units of HSC courses are recognised in the prestigious NSW All-Round Achievers list. This year five IGS students gained such an honour.

The average ATAR of these students is 98.9.

Students may complete HSC courses early via acceleration or compression. We congratulate 26 Year 11 students who completed HSC courses this year.

These students achieved a mean of 90 per cent. The highest result of 99 per cent was achieved by Jonas Meyer, for German Continuers, followed by Holly Matthews with 97 for Italian Continuers.

Eight Year 11 students accelerated in Mathematics Advanced, achieving an average of 92 per cent.

The highest result was earned by Jonas Meyer with 98, followed by Jake Trevelyan with 94.

For the second time, a group of our Year 11 students completed both the Year 11 and Year 12 Aboriginal Studies courses in one year. Their average result was 90 per cent.

The highest result, of 94, was achieved by Madiba Doyle-Lambert, followed by Kaija Du and Holly Matthews both with 92. 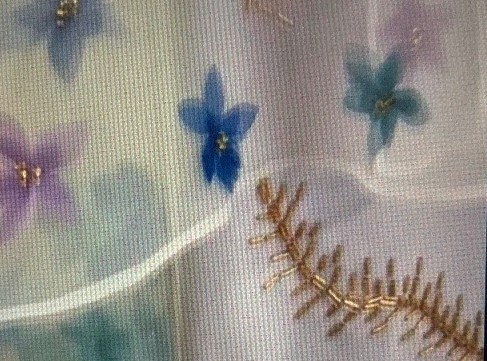 In a year when COVID restrictions changed procedures for HSC showcase nominations, we are proud that IGS students received seven nominations for HSC showcases for exemplary Major Projects in Textiles and Design, Drama, Music Performance, Music Composition and Visual Arts.

Texstyle is a showcase of exemplary Textiles and Design Major Works.

ENCORE is a program of outstanding performances and compositions by HSC Music students. It will be held at the City Recital Hall.

OnSTAGE is a presentation and exhibition at the Seymour Centre of outstanding individual and group performances by HSC Drama students.

Shape is an exhibition of exemplary Major Projects from the HSC Design and Technology, Industrial Technology, and Textiles and Design students.

A word about The Sydney Morning Herald school rankings
The SMH defines “success rate” as the number of Band 6 marks (90 per cent and higher) achieved by students in a school, expressed as a percentage of potential Band 6 marks or exam entries. On this measure, IGS was ranked at 61, up 35 places,  with a “success rate” of 23.22 per cent. The median “success rate” for NSW schools was 5.47 per cent. Other measures that create a fuller picture of students’ effort and achievement are set out in this summary, and we commend all our students on their many achievements.

“I want to thank some special people who have had a monumental impact on my journey here at IGS; from my Preschool teacher, Angela, to my Kindergarten teacher Ms Gagliano, to my Year 6 teacher Mrs Weir, right through to all IGS teachers who have shown me nothing but support, kindness and generosity. Likewise, Mrs Duma and Mr Dennehy have been the most encouraging and uplifting mentors I could’ve ever asked for.

“Thank you Ms Colnan for giving me one of the best opportunities thus far in my life. Your vision, creativity, enthusiasm and drive have been incredibly inspiring and I can’t help but praise you for everything you have done for both past and present students of IGS. I will cherish all the memories made during SAGE programs, especially in Year 10 “Writing the Island”, which was a once in a lifetime opportunity that I will never forget.

“Thank you to my friends, the Class of 2021 for inspiring me every day, for showing me what true courage looks like, for smiling even in the toughest of times.

“As I say my final farewell to the multi-layered abundant universe that is International Grammar School, a small village infused with German, French, Italian, Spanish, Mandarin, Japanese and countless other tongues, that has taken me on adventures around the world, I walk proudly out of those big iron gates as they close behind me, this time with my crocs on the correct feet, and an elongated grin from ear to ear, ready to embark the journey of life.

“For now, it is time to say goodbye, even though I know my IGS family will always be by my side in one way or another. Thank you.”

“Every teacher I have had made the joys of learning infinite. They all listened and they were all more than willing to keep our discussions going.

“There is no way to convey how grateful I am to have learnt from them.

“Feeling understood and cared for in all aspects of school life is pretty remarkable, and that culture of compassion starts at the top. It starts with the leadership of Ms Colnan, Ms Duma, Ms Kelliher, Mr Dennehy and Mr Bird.

Their support was always there; it never stopped.

“But the thing I am most grateful for is how they and so many IGS teachers and students supported what I did well beyond the school gates, particularly my project to celebrate my Dad.

“How do we make the most of today, the next moment? I think we’re all working that out for ourselves. Primary students, high school students, Class of 2021 graduates, teachers, parents … we’re all making it up as we go along.

“So, my greatest hope is that you will use this incredible IGS community as your launchpad, to share more or learn more or appreciate more. Because there is so much right here and out there for all of us. Our next moment is the next big thing.

In closing, and on behalf of the entire IGS community, I warmly congratulate each of our HSC students. We know that there are many successes not mentioned here, and we commend every member of our Class of 2021 and accelerants on their achievements and contributions to our IGS community and beyond, throughout their school lives. We wish each of you all the very best for the future.