IGS staff and students showed their support for children in detention on Nauru earlier this week, raising awareness and donations for Amnesty International Australia with pops of yellow mufti.

Human Society and Its Environment teacher Gareth Dowse and interested students started an Amnesty Club at the School at the beginning of 2018.

“What’s been happening in detention centres is terrible,” said Eve Moss Ractliffe of Year 7. “The kids come looking for a home and we are giving them somewhere they don’t belong. They shouldn’t be treated like that.”

According to recent media reports, all children now held in immigration detention on Nauru are expected to be relocated in Australia by the end of this year.

Amnesty representatives Iona McCall and Dorothy Tran attended the before-school event. Many students wore the Amnesty colours black and yellow throughout the day. 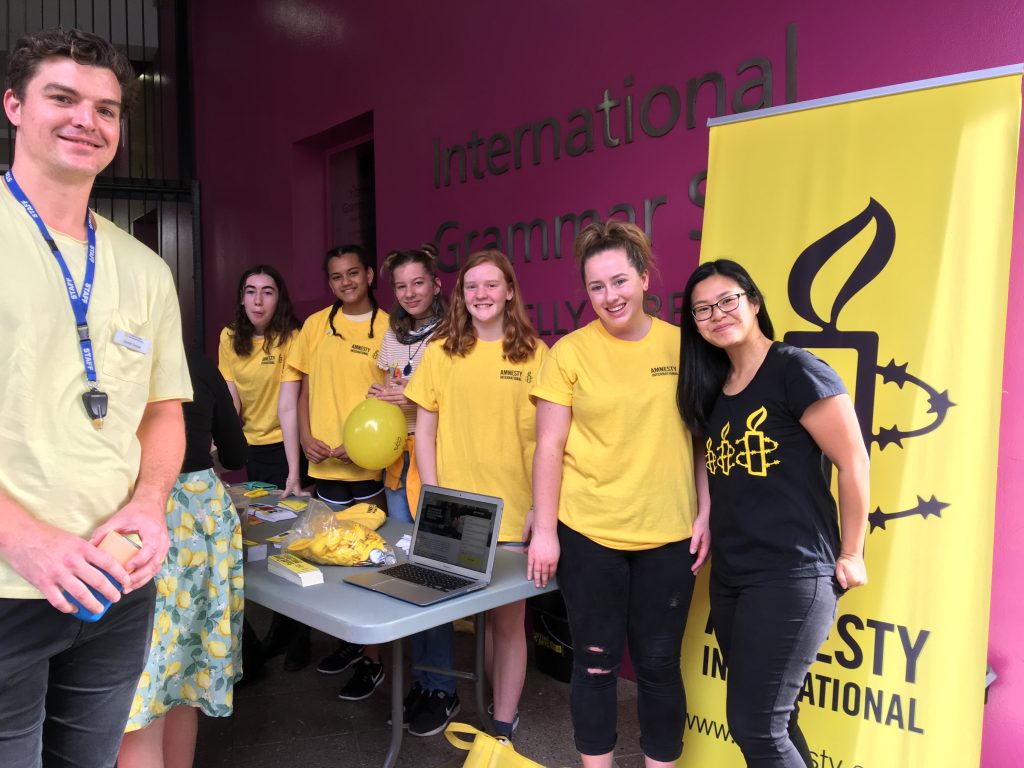