Year 1 Japanese students have enjoyed learning all about hobbies and toys during Term 3.

“They learned the names of traditional Japanese toys which includes kendama, karuta, darumaotoshi, otedama, fukuwarai, hanetsuki, koma and so on,” Machiko Sensei said. 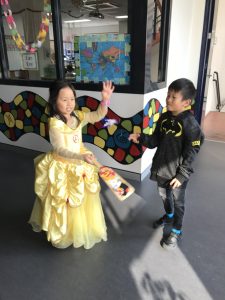 “They also practised saying some expressions which can be used to play with the toys. 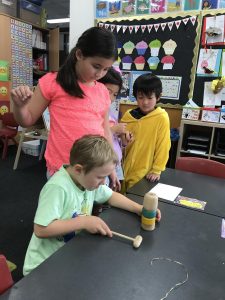 “Once they learnt the words and expressions, they were ready to play with the toys.” 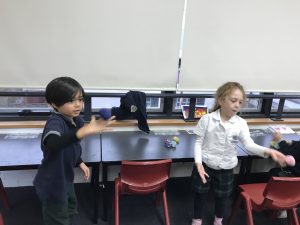 “The students enjoyed playing with traditional Japanese toys, using some Japanese expressions to negotiate and take turns in a purposeful way,” Machiko said.

At the end of the class, her students called out it was “the best Japanese class ever”!