Amelia also achieved third in the State in Italian Extension.

Looking back on what was a very challenging year, Amelia said what kept her motivated was getting into her dream course.

“I had a goal in mind and working towards that really kept me motivated. I knew I wanted to get an ATAR of 98, so everything I did, I did with that number in mind,” Amelia said.

Not only did Amelia achieve her goal, but she exceeded it.

“I’m feeling good, a little bit relieved, a little excited, because I did’t expect to do as well as I did,” she said.

Amelia received an early offer to study Law and International Studies at UTS before the ATARs were released, which meant she “wasn’t stressed when opening the results”.

She said she is now considering Arts Law at the University of Sydney.

“I was very disciplined throughout the whole year. I worked very very consistently and I spent a lot of my time studying,” she said.

“It’s nice to see that has all paid off as well. I did two accelerated subjects last year and I had a lot of free periods during the day.

“In those times I isolated myself so I could work hard to complete my homework and assessments in the day and study or revise in the evening.” 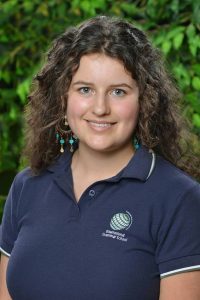 “I became very passionate about Italian in Years 11 and 12. I would like to involve my Italian and go into international law. I will very likely major in Italian for my art component of the course. That was one of my favourite subjects in High School. In some way or another, I will unite law and Italian together.”

Amelia congratulated her fellow peers and said one of the greatest highlights for her was the great sense of community.

“The year group really came together, we became really close and that was facilitated by the Year 12 study space,” she said.

“We are all really happy for each other.”

Amelia also wanted to thank IGS for its support, as well as her Italian and Maths Teachers for being mentors.

When asked what advice she would give to the new Year 12 cohort, Amelia said, there is much more to Year 12 than just studying.

“It’s cliche, but your ATAR is just a number,” she said.

“On a practical side, I would encourage going for early entry.”