Year 9 student Tilli Merten has launched a Year 6 Girls' Animation Club at IGS, as part of her volunteer component for her Bronze Duke of Edinburgh Award.

“For the volunteering component, which spans 13 hour-long sessions, I’m teaching a group of girls in Year 6 simple 2D computer animation.

“The award has given me this opportunity, which has been really enjoyable.” 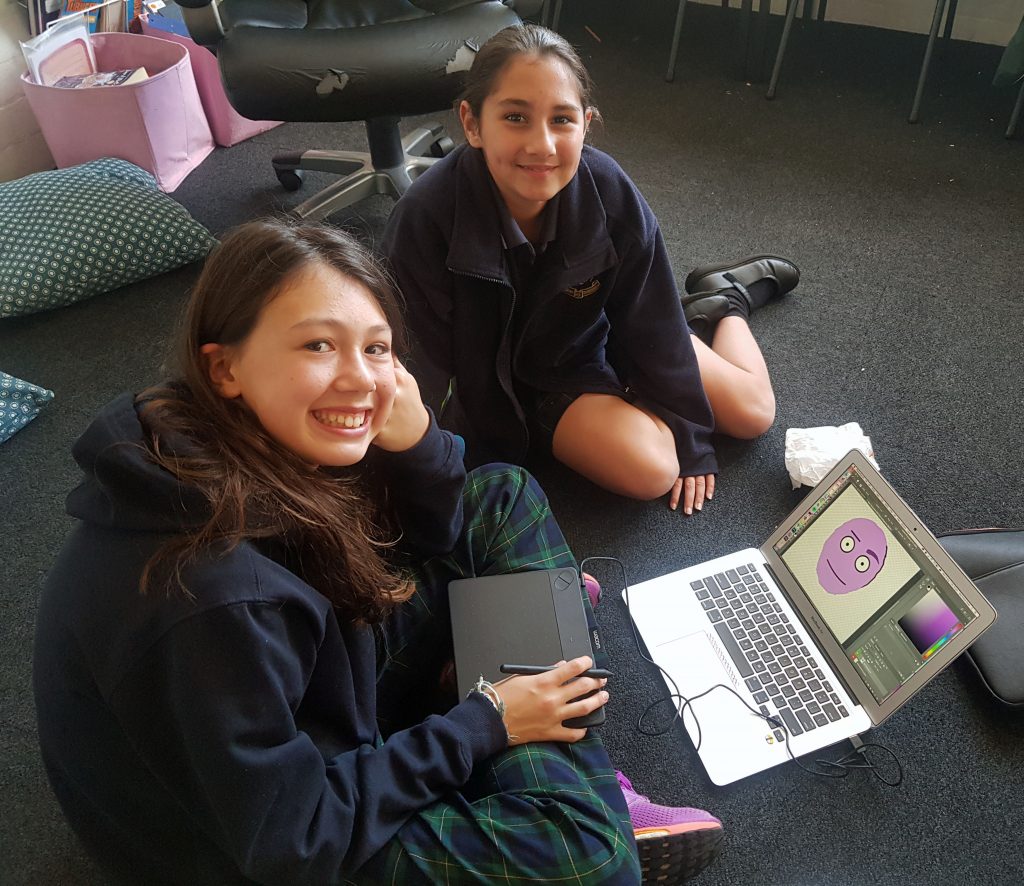 The group began by creating “blinking faces” which introduced them to basic animation principles and allowed them to learn more about Adobe Photoshop and the Wacom graphics tablets.

“In addition to Photoshop, we’ve also done a bit of work in Adobe Character Animator, which is fun because it’s easy to play around with and you can do things much faster than in most animation programs,” Tilli said.

“The Wacom tablets are great because they let you draw onto the computer, which means you can express individual style, as well as create animations faster.

“The thing I’ve really enjoyed is helping the Year 6 girls try out their own ideas and experiment with the things I’ve taught them in different ways.”

The group have thanked IGS Head of Stage 3 and Year 5 Teacher Jessica Price who has been supervising the workshop in her classroom.

IGS Primary Digital Innovator and Year 6 Teacher David Smith has also been overseeing the progress of the group.

“I’m highly impressed with the digital work these students have produced and grateful to Tilli for her mentoring of these younger students using this software,” Mr Smith said.

IGS warmth and positivity travels near and far