In a first for the School, IGS presented #tempest up on the School’s rooftop over four public performances.

The modern adaptation of Shakespeare’s The Tempest saw the talented cast and musicians grow and shine.

“A bold, adventurous and joyous celebration of the Dramatic Arts took place on the rooftop!” said IGS Director of Dramatic Arts Rita Morabito.

“#tempest was framed by the city skyline and nightlights as a theatrical backdrop.

“The cold air added to the atmosphere and the magic was conjured by music, dance, costumes, spells and trickery.” 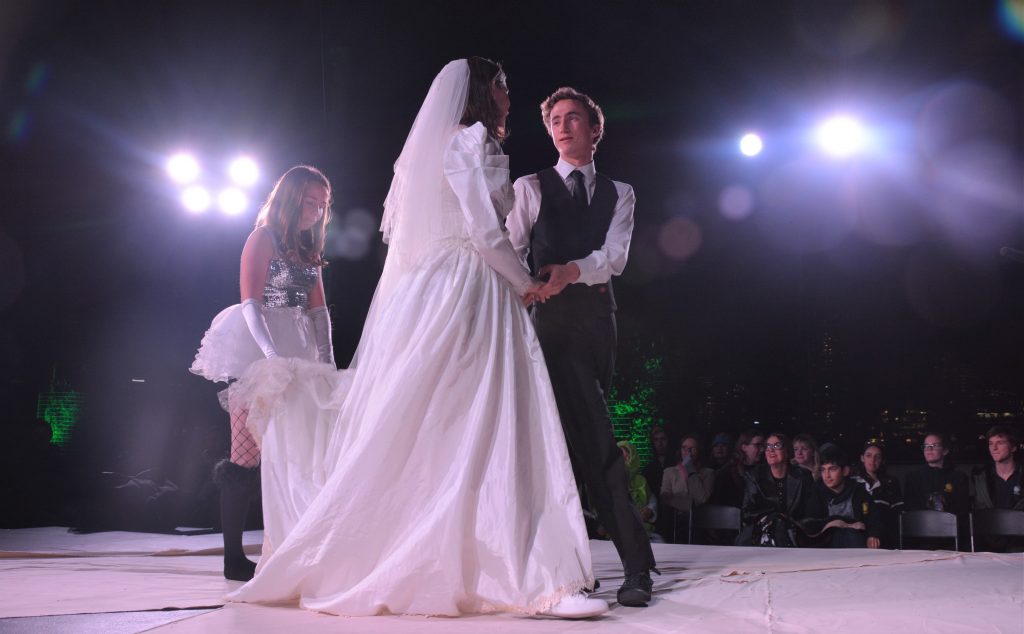 Principal Shauna Colnan affirmed the production as “a triumph”, commenting that the cast and crew presented “pure Shakespearean magic” with “so much talent on display”. 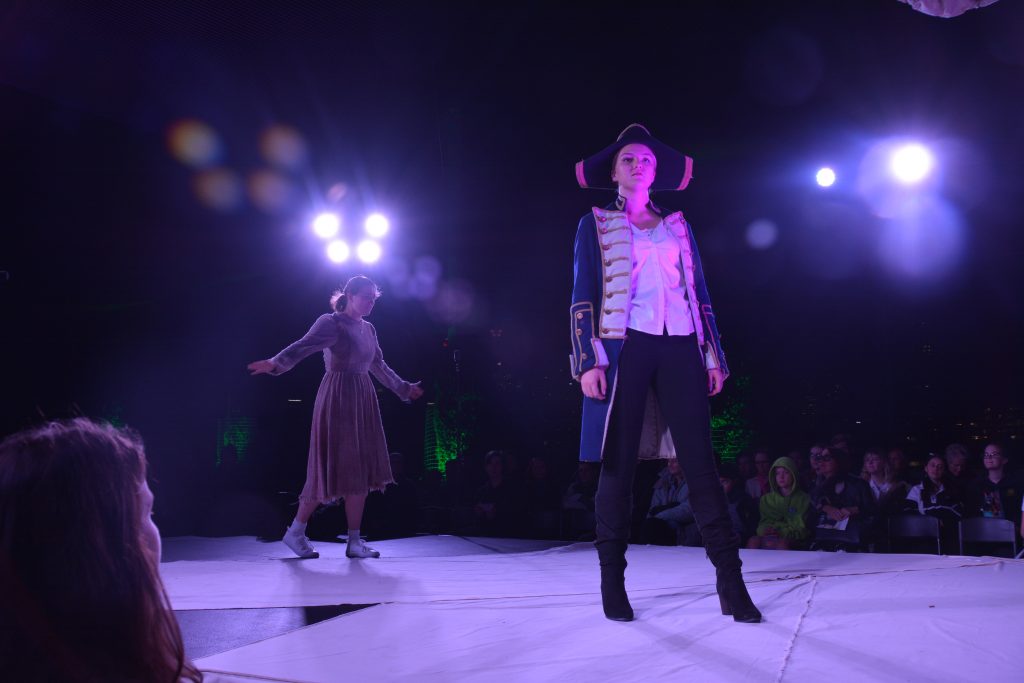 The production wowed audiences for three evening performances, as well as a matinee performance.

“Audiences were delighted by the special guest appearances of staff who took to the boards,” Ms Morabito said.

Ms Colnan said it was “a thrill to see colleagues on the stage”. The involvement from individuals across the School heightened the community feeling of the production. 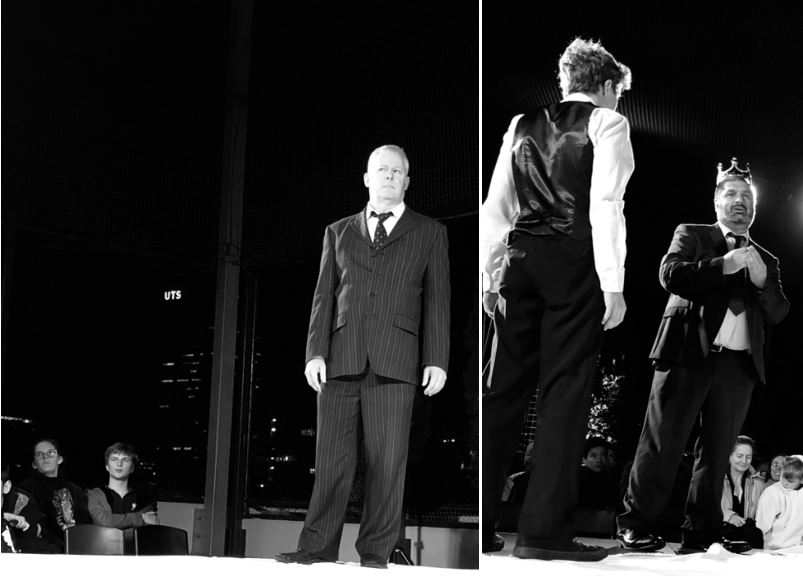 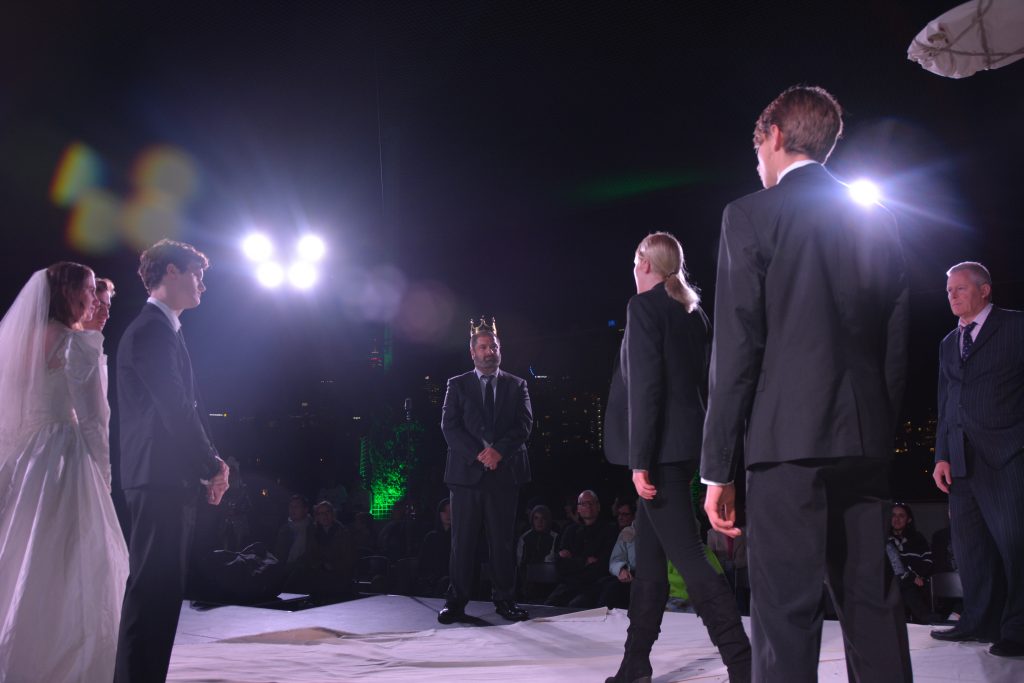 “Risk taking at its finest and school community involvement at its best, #tempest will long be remembered,” Ms Morabito said.

#tempest Director, IGS Head of Year 12 and Drama Educator Ned Manning was inspiring and dedicated as the production’s leader. He focused strongly on the personal development of all involved, motivating shining performances, confidence and a deep connection with characters. 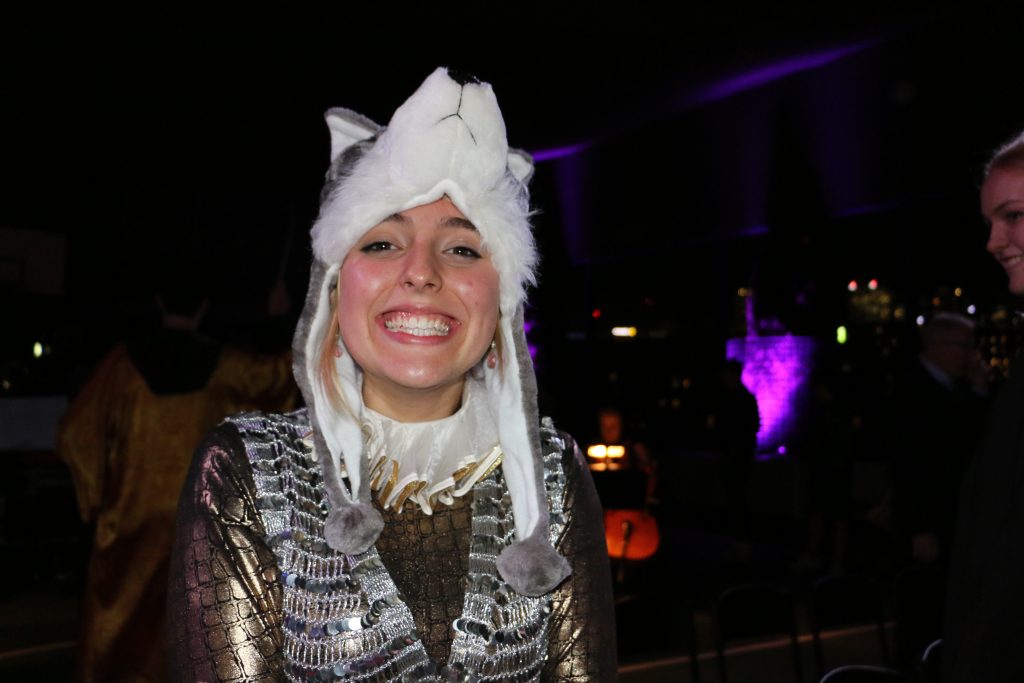 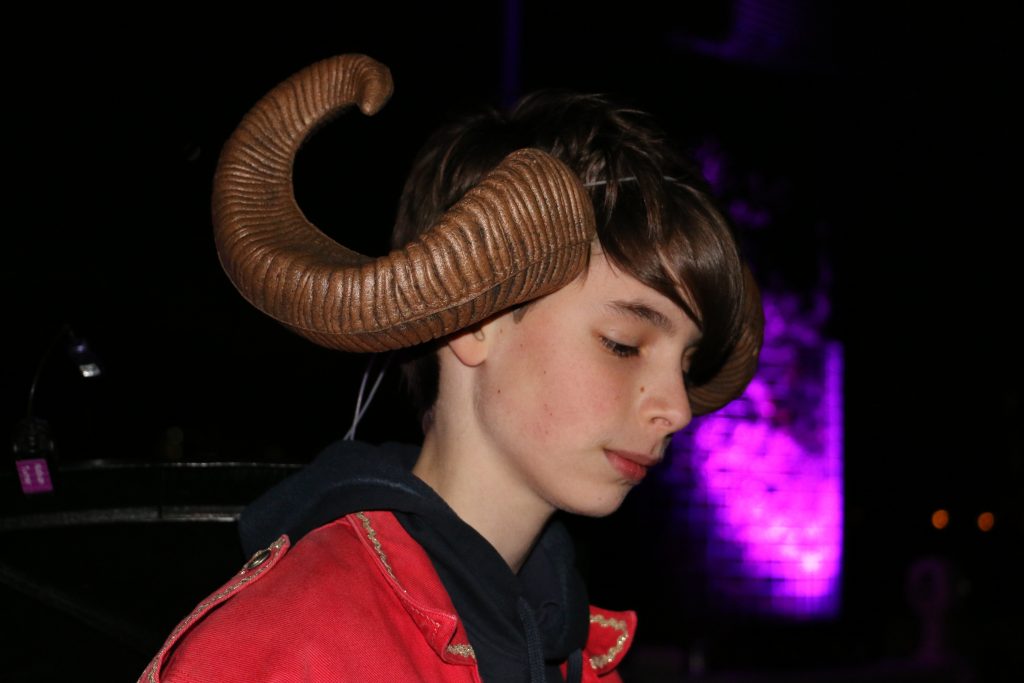 “The greatest thing about teaching is watching students exceed their own expectations and grow as human beings as a result,” Mr Manning said. “That is what teachers try to help them do, day in day out.”

Another treat for the production was welcoming alumnus Gabriel Wright (2017) back to the School to compose a “magical” score for #tempest and conduct the student orchestra with energy and expertise. 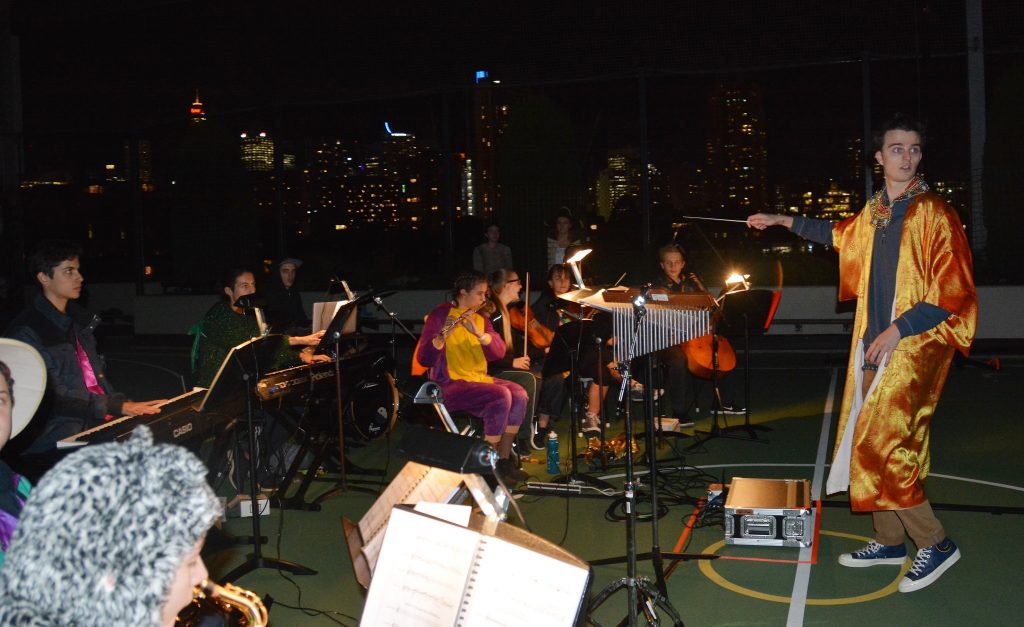 Each performance was a strong display of creativity and charm, and all those involved should be commended on the level of professionalism in crafting such a special production for the community.

“In the midst of a chaotic storm, we embarked upon on a rollicking journey. Standing in line against the hull of a ship we watched in awe as the ship’s crew struggled to hold on.

“Buckets of water, lurching movements and sailors’ laments hurtled us into the eye of the #tempest. A skillful soundscape conducted and composed by none other than Gabriel Wright and performed by students, contributed to this exuberant opening.

“#tempest directed by Ned Manning, proved to be an entertaining, modern and refreshing take on a Shakespearean classic.

“The talented cast of actors and dancers created a truly memorable, once in a lifetime performance. Congratulations to all involved in this theatrical feast.”