Congratulations to the IGS intermediate Theatresports team for their sparkling performances at the NSW Grand Finals.

Wit, quick thinking, superb timing and supreme teamwork were on display when the IGS team competed against other grand finalists at the Enmore Theatre on Sunday 13 June. 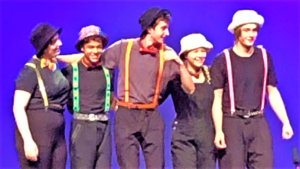 The judges were particularly impressed with one of the team’s four impromptu scenes, a kind of fairy tale about a magic book, invented on the spot and narrated by Tiggy Marchbank, in which the other team members became the book and its characters. 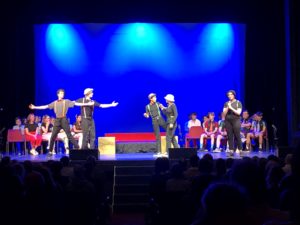 The scene wowed the audience and scored a rare high mark of a 5 and two 4s from the judges. Together with the St Vincent’s Champions, IGS was the only other team in the competition to score a full mark 5  for their final scene. 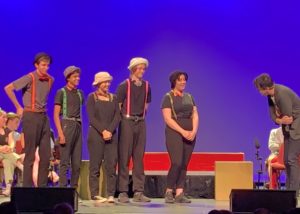 “The comp was amazing. The Enmore Theatre was massive and hosted so many people, which was new to me. Even though it wasn’t the result we hoped for, it was amazing to perform there a put on a show.” said team member Laith Al Hatu.