“The master of beauty”

The Tasmania Writing the Island program gives students inspirational, real world, project-based learning experiences beyond the classroom, developing each year, stretching to new environments and beyond.

“This year, the west coast was a new entry and was pioneered by Deputy Principal Staff and Innovation David Hamper and PDHPE Teacher Veronica Whitaker, who took a group of students through Cradle Mountain and on to Strahan and its environs to explore place, time, history and nature in this remote and pristine corner of the world,” said Principal Shauna Colnan.

The focus of this group was centred around travel writing, and students engaged in a range of activities to immerse themselves in the history and environment of the west coast, including the pristine Gordon River region.

“It was interesting to see the changes in landscapes and different types of vegetation,” Felix Sharpe said.

“Learning about the Indigenous history of this land was very raw and confronting, but very important for us to understand.

“Tasmania truly is the master of beauty.” 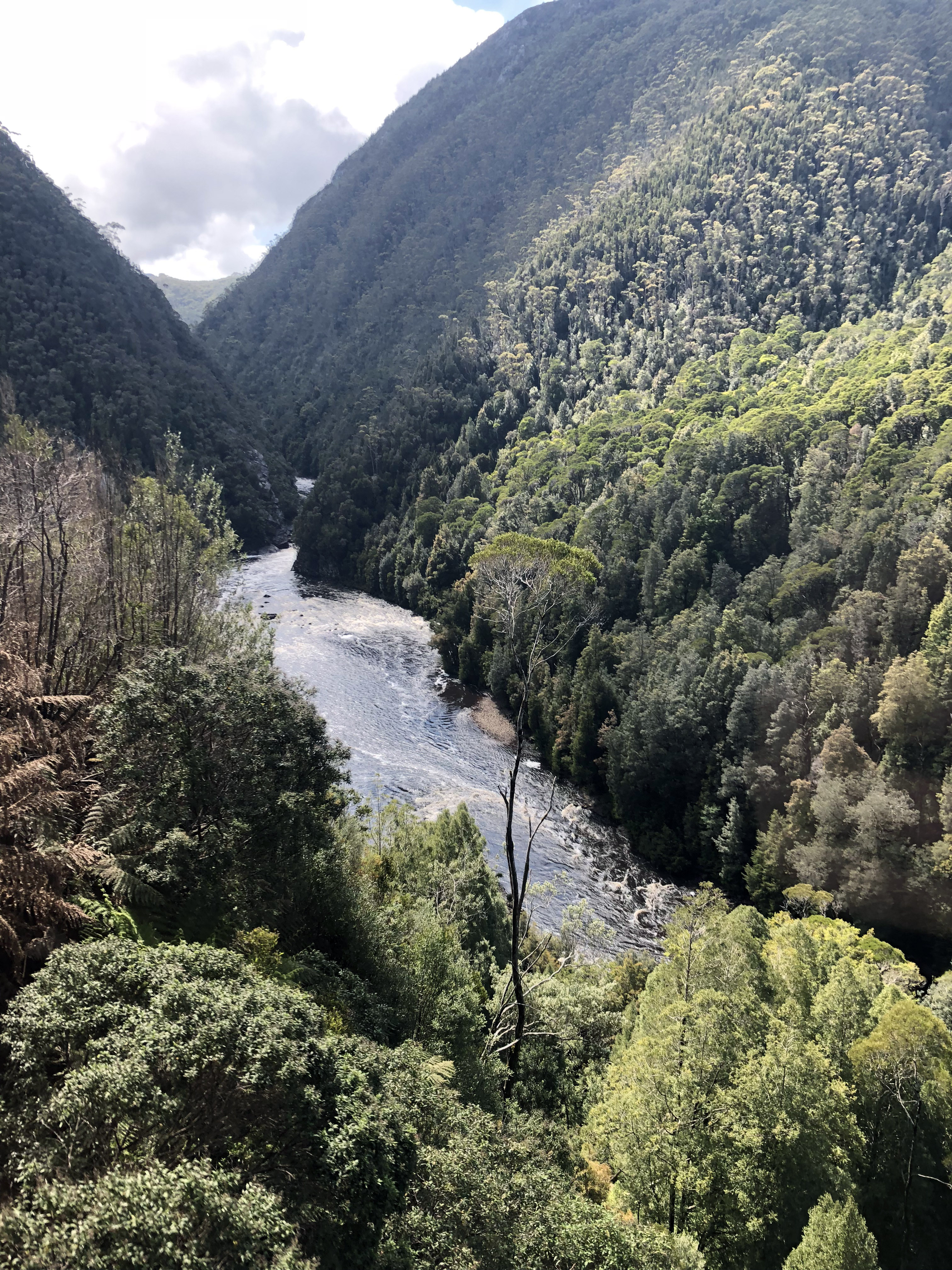 Students enjoyed an authentic steam train passage from Strahan to the mining town of Queenstown. They also enjoyed a cruise on the Gordon River to experience the sights of Macquarie Harbour – all part of their experience writing in the vein of ecocritical writers and philosophers. 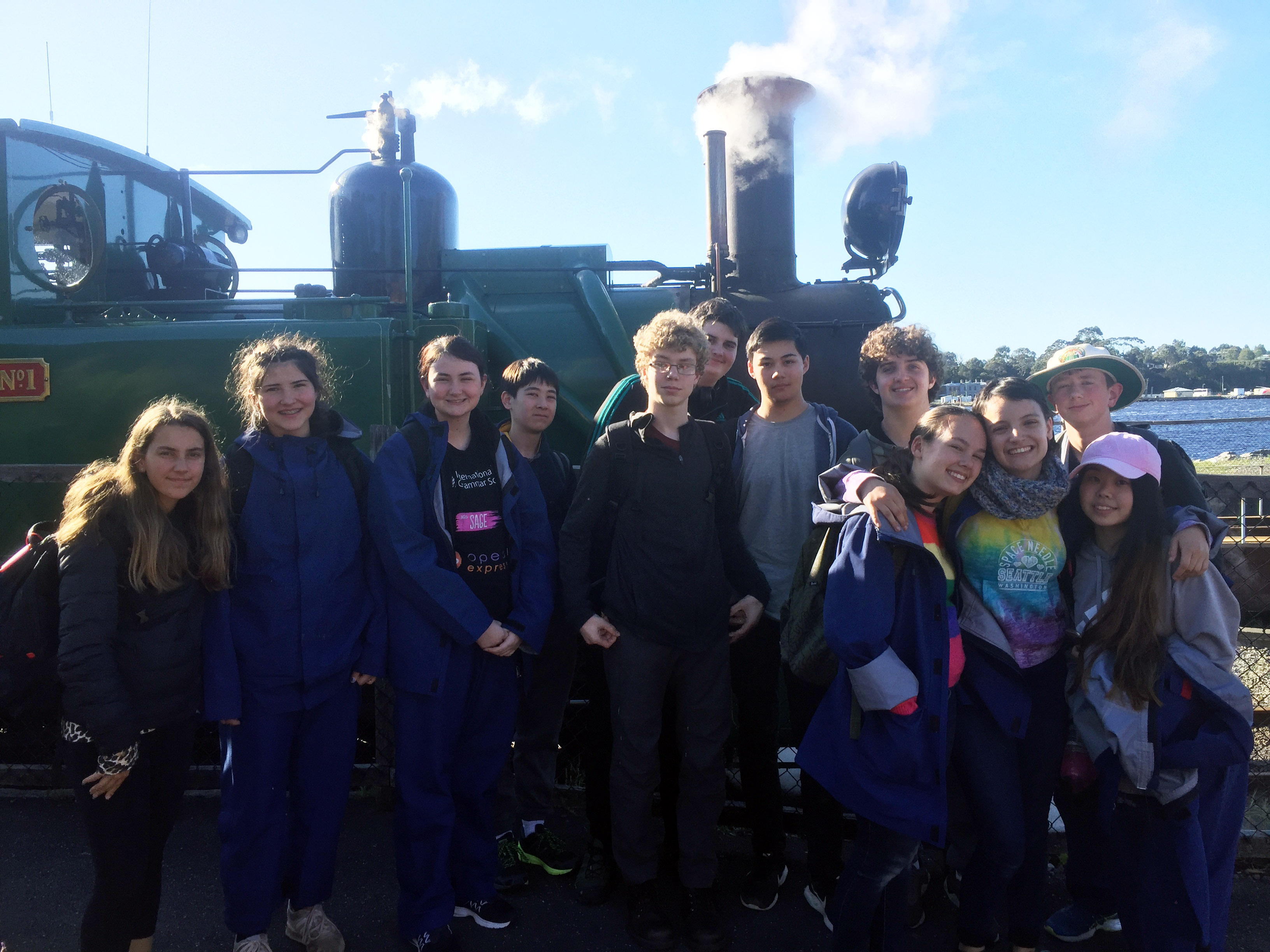 “We wanted to build on the environmental focus this year, and enrich the students’ cultural, historical and political mindsets,” said IGS Head of Literary Projects Derek Patulny.

“Ecocriticism is a well-developed academic discipline, which we are finding very relevant and applicable to circumstances in Tasmania.” 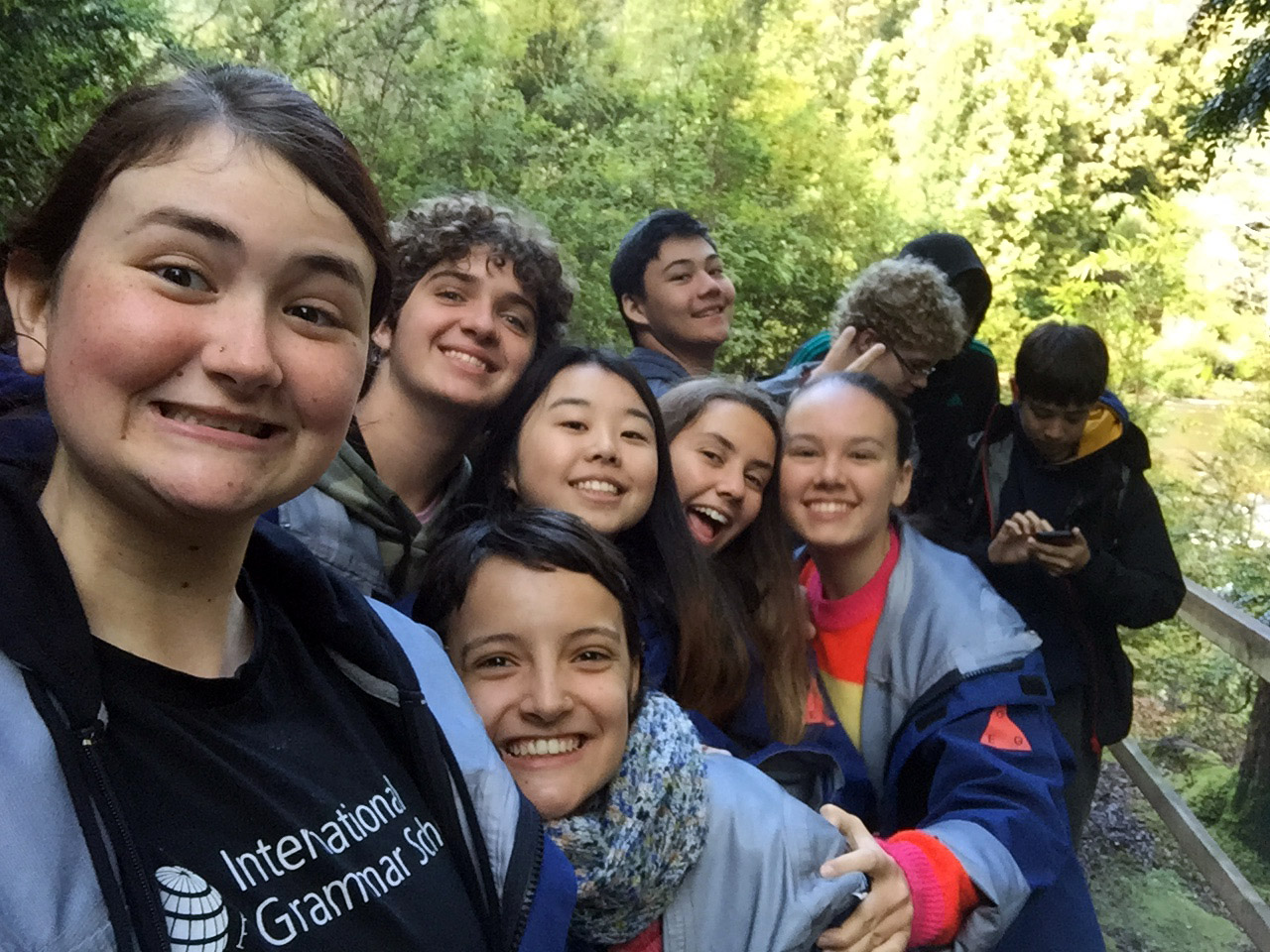 For students in the West Coast group, the ecocritical travel writing aspect was what got encouraged them in their group selection process.

“I chose this group because I wanted to experience the travel writing aspect in the natural environment,” Ava Thomas said.

“It’s been an unforgettable experience. The Gordon River, Strahan, Hells Gates at the mouth of Macquarie Harbour – everything has been amazing.” 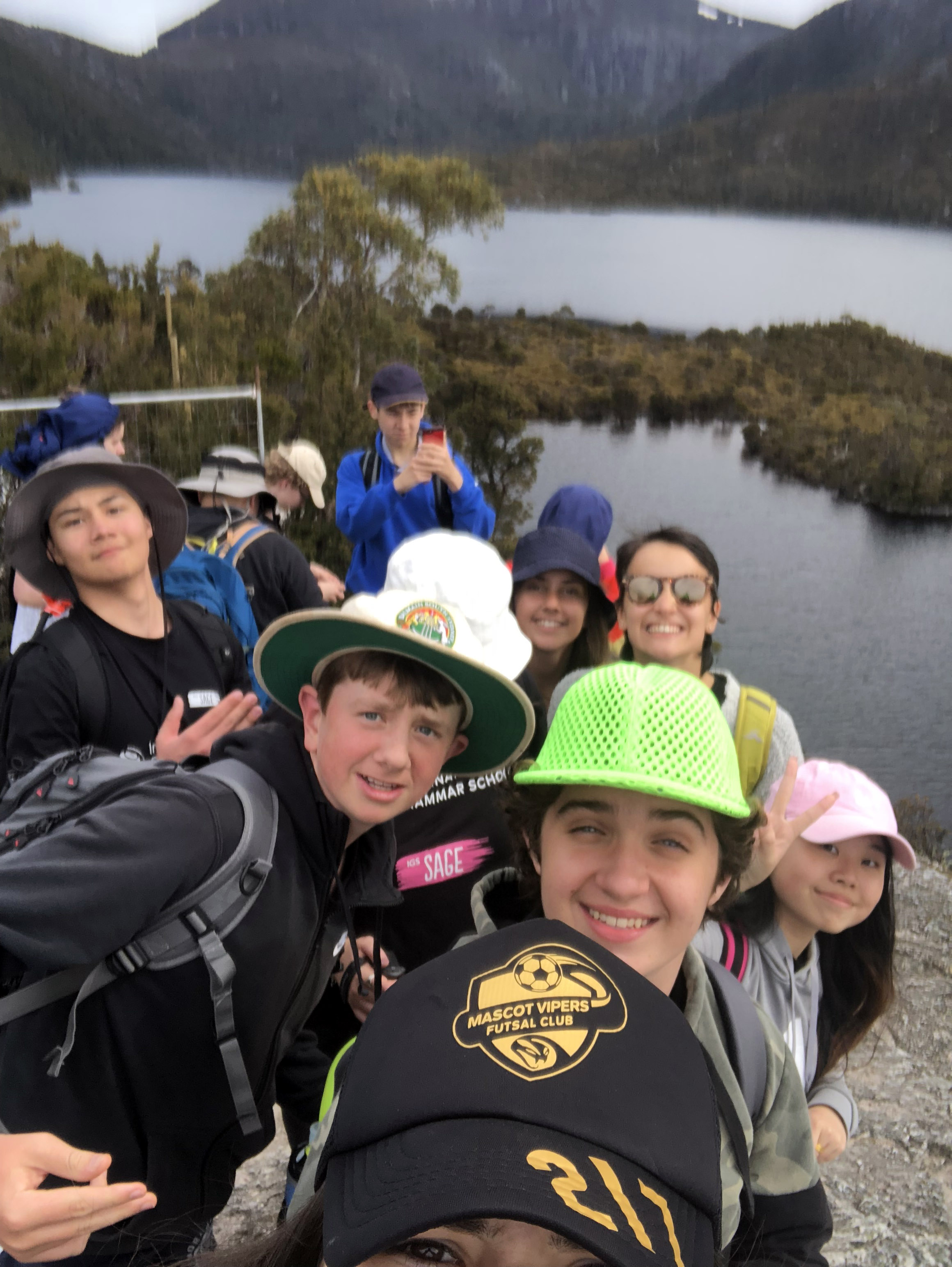 One of the tasks was for students to find a tree and write a poem about it. For Mr Hamper, this exercise proved to be a notable one, as he returned to his favourite tree (pictured below) at Lake St Claire. 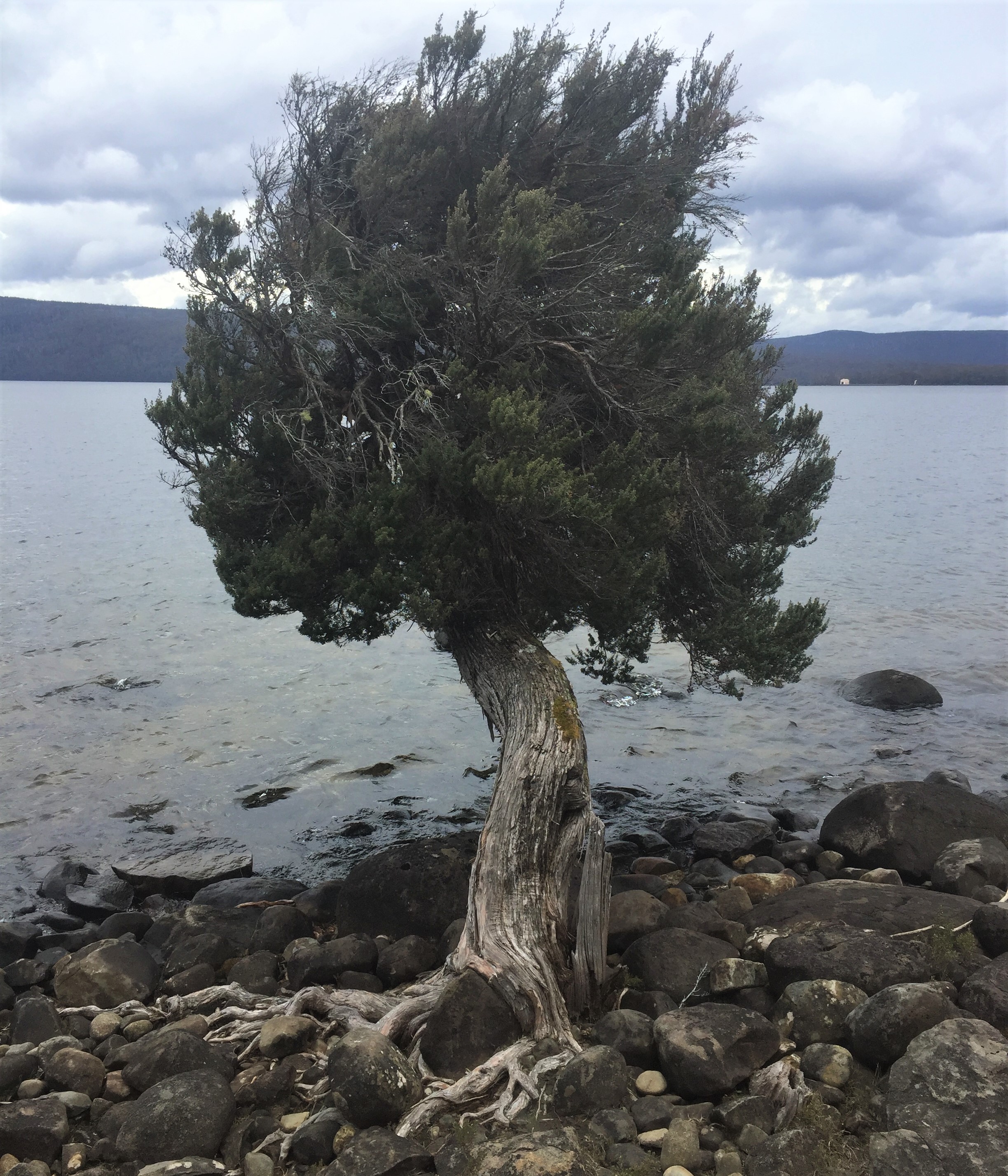 It was a special experience for students to take the time to find a tree that they connected with, and even more so when they began to write about it, deepening their thoughts on the environment. 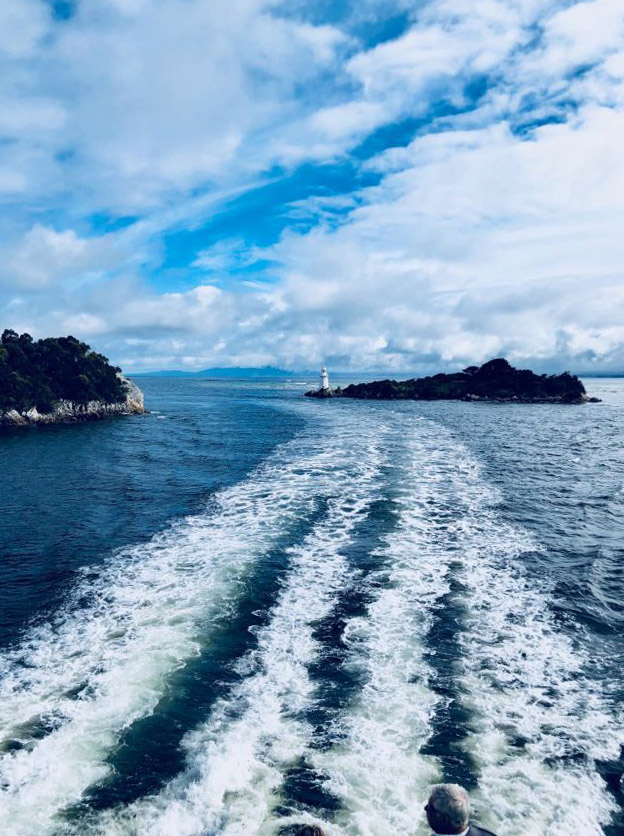 “We spent most of our time here outdoors, writing and enjoying the environment,” Felix said.

“It was so great to have Ms Colnan here as well. She took the time to sit and interact with all of us individually, and chat to us about our work and our writing.” 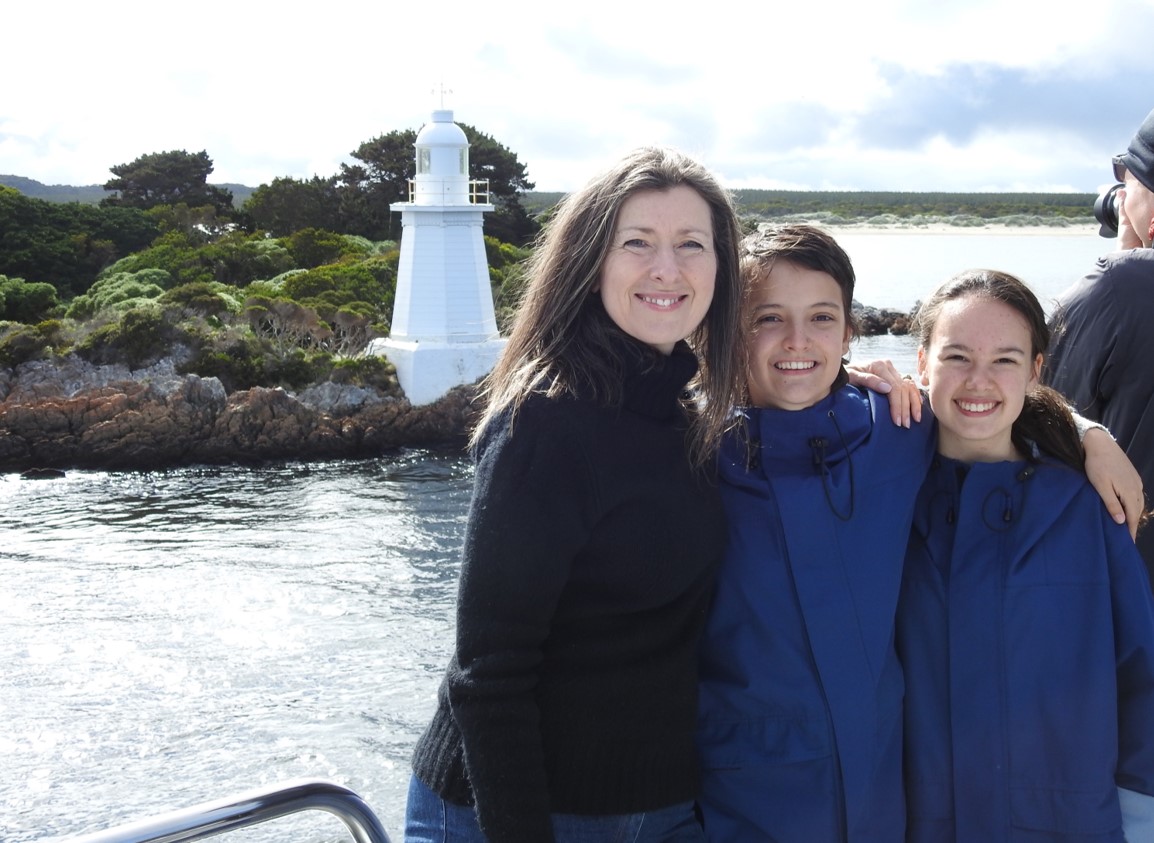 Here are a few excerpts from some of the student’s travel logs:

Ryan Kitchin
“Dove Lake is surrounded by beautiful flora and fauna, with piercing crystal clear blue water. We walked around the perimeter of the lake to a large glacier rock that hangs 15m high off the side of the lake, formed by the erosion of glaciers around the lake millions of years ago. It’s a beautiful crystallised rock which you can climb for an astonishing view.

“We then started to trek through the beginning of the famous Overland Track. We hiked down beside a lake and up through the thistles of the track with cinnamon and ground pepper plants, slowly travelling through the air. We hiked through the forests until rolling into the yellow grass fields with cute little wombats nibbling on the grass.

“On the second day, we took a two-hour bus ride on the impossible curvy roads to Strahan. Strahan is a little town on the west coast of Tasmania with a population of just over 1,000 people. In a lot of ways, it is similar to many small towns across Australia but with twist. Due its origins from North America, Strahan is full of different unique nature that the eye promptly gobbles like candy. Tasmania’s position at the bottom of Australia gives Strahan the feeling of being on the edge of nothing, meaning that if you go west from Strahan, you will only run into Chile. With amazing shops and nature, your exploration of Strahan may not be as long but you will surely be wishing that it was longer. Relaxing has never been easier.”

Raiden Velins
“Shortly after leaving Cradle Mountain we stopped at The Vale of Belvoir Reserve. After a very short but brisk walk up a rocky path you were standing at the base of a powerline and could see kilometres of beautiful countryside, and some of the timber forest and farmlands surrounding Cradle Mountain. It also had a phenomenal view of a creek sinuously moving through the country.

“After a very short break we were on the road until we reached the coastal town of Strahan. After settling in to our new home for the next few days we went on a short walk and settled next to trees along the foreshore. It was immensely relaxing to sit and write with the subtle sound of leaves rustling and waves crashing. After a short while relaxing, we headed into the town of Strahan itself, which reminded me of an off-season town on the Mornington Peninsula called Rye. It was a mostly quiet, rather empty town except from the occasional car rolling through and the mall and a few businesses.”

For their extended piece of work, students in the West Coast group were to construct a fictional literary persona who makes an adventure to Strahan and the West Coast of Tasmania, and “write a letter to a best friend back in their home city or country telling them of their adventures”. Below are some examples of students’ works:

Bring out the togas!

1000-Point Challenge off to a roaring start