Digital skills that many now consider to be specialised areas are rapidly becoming the essential skills of tomorrow, says IGS Director of ICT and Digital Innovation Graham Clarkson.

A group of IGS students in Years 7 to 10 who are part of the IGS Digital Innovation (DI) High pilot program recently visited Billy Blue College of Design, part of Torrens University.

Over two days, students explored a range of digital experiences in a fun learning environment.

“All of this is driven by what is fast becoming the most important language in the world – coding,” Graham said.

“On Day 1 at Billy Blue, Senior Learning Facilitator and Game Developer Trent Naylor guided our students through 3D modelling and coding inside Unity. 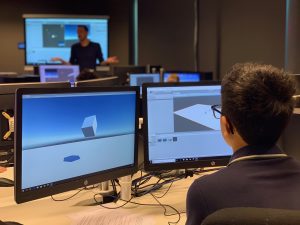 “This is the most widely used gaming engine for Virtual Reality (VR) used in Australia.

Torrens University Lecturer Ivan Kintanar, who is an expert in 3D motion capturing for film and gaming, inspired the students on Day 2 of the program. 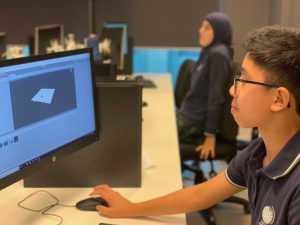 “Again, our students had an amazing time working with industry professionals, learning to map surfaces to computer generated characters using Motive Software to capture students motion in a “ping pong ball” suit, the same ones used in animated film and sports and adventure games,” Graham said.

“The students spent the last half of the day using Maya, the software that is used in computer animated films and for a range of visual effects in cinema and television.” 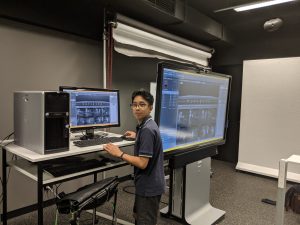 Graham said he was impressed by some of the remarks the students made.

“When we entered into the green screen and motion capture studio, one of the students remarked: ‘This is where the magic happens’.

“Another student clarified: ‘If you want magic, you have to make it happen’.” 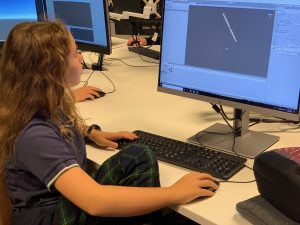