Kindergarten and Year 1 students at IGS not only learn different languages but also about culture, customs and the traditions of countries.

Students were excited to learn about more traditions recently, when celebrating “kodomo no hi”, Children’s Day.

Assistant Head of Junior School Languages Machiko Sensei treated the kindergarten students to a lesson in making “Koinobori”, a carp streamer, as well as other art and craft activities, while Year 1 students enjoyed making Kashiwamochi, a Japanese sweet made of sticky rice cakes and red bean paste. 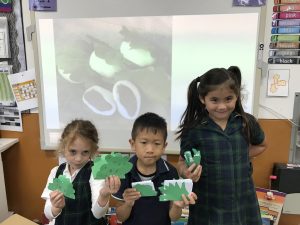 “Year 1 students were introduced to what Kashiwamochi looks like and what it is,” Machiko Sensei said.

One student, Harper, was curious about what was inside of the mocha.

“The reddish and blackish coloured paste grabbed the other student’s attention as well and we decided to watch a video of how anko (red bean paste) is made. 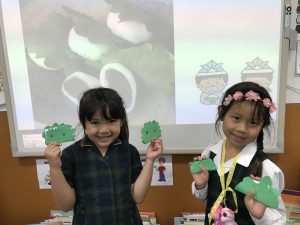 “Some students repeated ‘Kirai desu, Kirai desu’ – meaning ‘I hate it,  I hate it’,” she said.

“This brought a great opportunity to discuss cultural sensitivity, and how people in Japan would feel if told their food is ‘yucky’.” 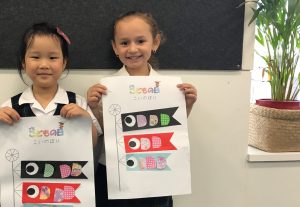 “Alisha pointed out that if you have not tried it, you don’t know if you like it or not.”

Machiko Sensei said by the end of the class she was very pleased as the students came to a mature understanding that “it is okay if you don’t like the food and it is okay not to try the food if you don’t feel comfortable, but it is not okay to call out insulting things about what others are eating.

“This helps the students to become competent to communicate with people in the target country,” she said. 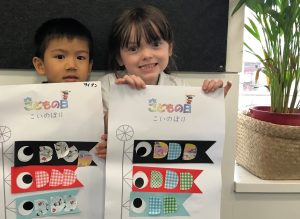 “This also allows the students to be aware of different cultures and customs and to learn to accept aspects of other cultures and respect diversity.”

Students STEP up for seniors program