The festival is all about celebrating the growth and wellbeing of young children. During the festival, girls would usually visit a shrine in a kimono, while the boys would also wear traditional clothing.

“Acknowledging this special day, children made a bag for long candies called chitoseame, which are given to children on Shichi-go-san, wishing for their longevity,” Machiko Sensei said. 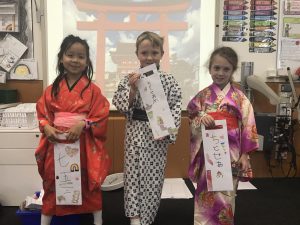 “On the bag, students wrote, “七五三“ and “ちとせあめ” using Hiragana scripts and Kanji numbers they have learned in class.

“Then they decorated the bag using origami paper.” 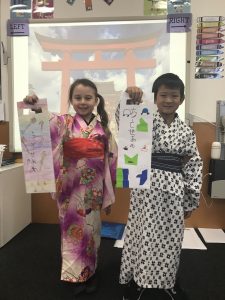 Machiko Sensei said her students enjoyed wearing a kimono and yukata and hakama, and took photos pretending to be in a shrine in Japan.

“The students couldn’t hide their excitement when they received candy to take home in a special bag.” 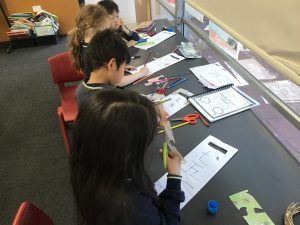