Students bring out smiles among those doing it tough

There was barely a dry eye in the room when IGS students paid a special visit to the patients at the Chris O'Brien Lifehouse Hospital last week.

IGS visited the Lifehouse for Mother’s Day earlier this year, and students felt inspired to make another visit and add a little sunshine ahead of Father’s Day.

Year 10 students visited men and women, young and old during their visit, bringing cards and chocolates.

They expressed gratitude for the opportunity.

IGS student Jay said it was hard to see such nice people going through such tough situations but said it was rewarding being able to bring out their smiles. 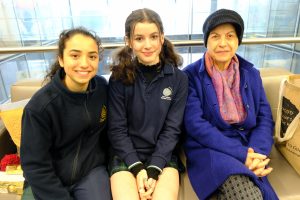 “I want to do anything I can to help,” Jay said.

Marie, who was in the waiting rooms, said the gift was a beautiful gesture.

Jay said the highlight of her day was seeing Marie’s face light up.

“I’m very glad I had the opportunity to go to the Chris O’Brien Lifehouse Hospital. I would do this all the time if I could. They were so welcoming, and even though they are in a bad situation they were just so cheery,” she said. 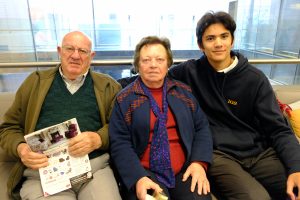 Natasha and Monet used their German language to speak to one patient, while twin brothers Wynton and Myles said their “twin thing” gave a few laughs to some of the patients. Everyone enjoyed their jokes about who was the better-looking brother. 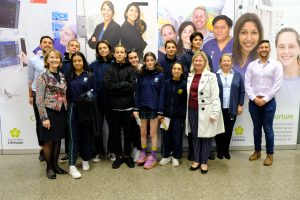 Gail O’Brien AO, the wife of the late Professor Chris O’Brien AO, said it was wonderful to meet young people with strong awareness of community “and who conduct themselves with such respect and sensitivity”.

“It was very meaningful for the fathers spending Fathers Day in hospital to receive visits from the students,” she said.

IGS would also like to acknowledge and congratulate dedicated IGS parent David Bitton and his children and IGS students, Monet and Mayen.

David has been an active supporter of the Chris O’Brien Lifehouse for several years. David has been on the Partnership Council for over two years, rode a bike three years in a row to raise money and has also been involved in initiatives such as the Ronald McDonald House charity. 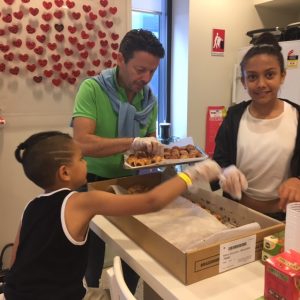 “The kids have been involved with Ronald McDonald House on many occasions, as I want them to be aware that not every child is as lucky as they are. A little chat, kids to kids, is worth millions.”