IGS students studying Japanese have been extending their knowledge and cultural understanding in a myriad of ways both within and beyond the School.

Year 9 Japanese accelerant students were treated to an excursion to a Japanese restaurant Daruma in Haymarket.

“This term in my Japanese class we learnt about ‘language register’, which is polite language use for customary service, and how to order food and drink at a Japanese restaurant,” said Year 9 student Mischa Belunek. 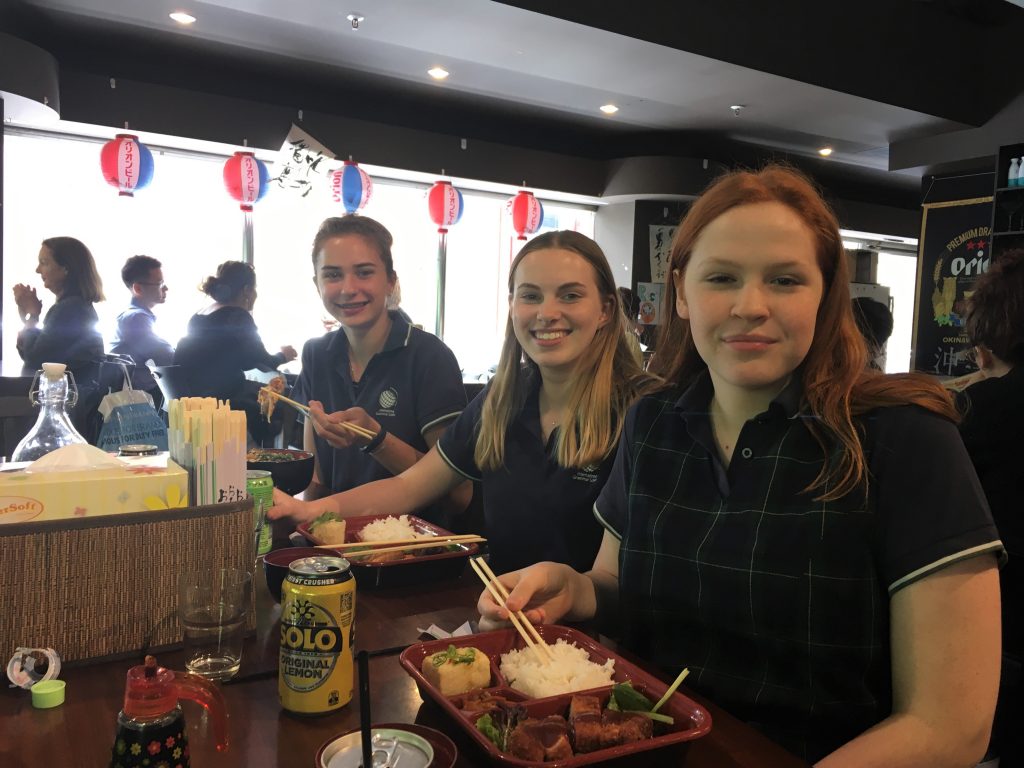 “We spoke to all of the staff in Japanese and everyone ordered their food and drinks with a good understanding of what we were ordering, and how to order it.

The students thoroughly enjoyed this language speaking experience outside of the classroom. 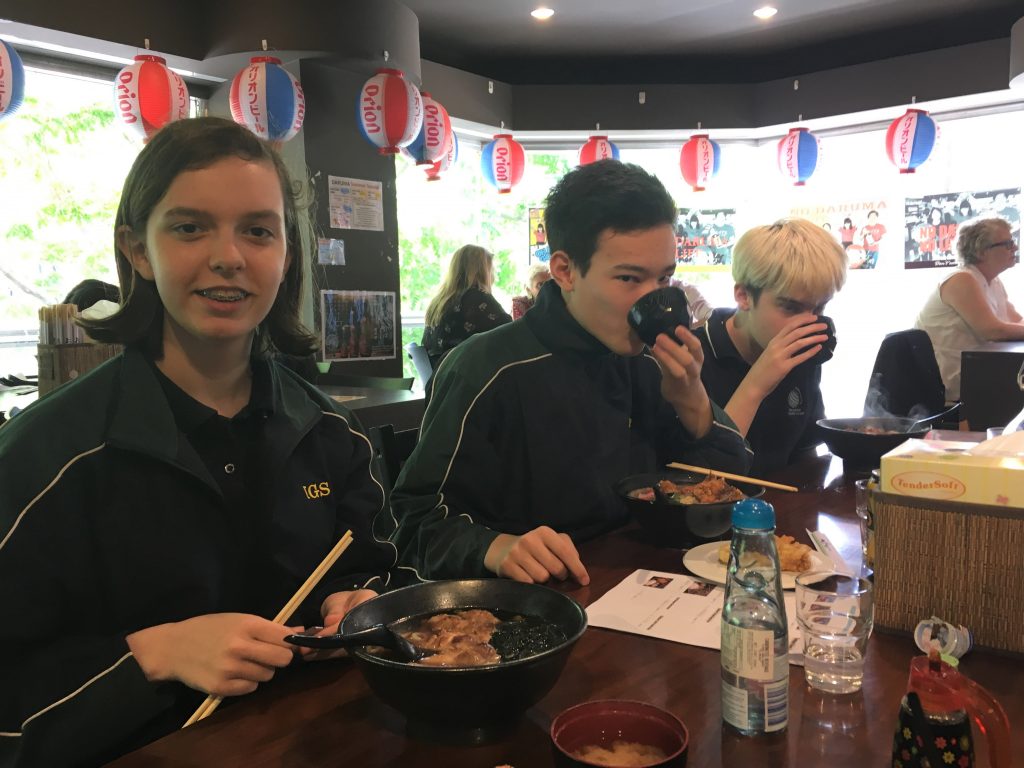 “We all had a fun time talking, and eating the delicious food we ordered, and we finished by paying separately in Japanese,” Mischa said.

“We also gave each other directions in Japanese on the way to the restaurant, which we learnt during the year.

“It was a great learning experience which everyone enjoyed.”

Back at the School, three IGS Year 5 students have been working with great determination to create 1,000 paper origami cranes to send to Hiroshima, Japan.

The students read a story about Sadako Sasaki, a Japanese woman who became one of the most widely known persons affected by the Hiroshima Atomic Bomb. Sadako is remembered through the story of the 1,000 origami cranes she folded before her passing, and is to this day a symbol of the innocent victims of nuclear warfare.

“They were moved by this sad story and decided to make 1,000 Origami cranes, wishing for peace,” IGS Japanese teacher Hammond Sensei said.