Students proudly wore their house colours, created signs and banners and made chants to support their House swimmers.

“There were nerves as our youngest swimmers took on the 50m pool, and the competition was strong,” PDHPE Teacher Yoni Charlupski said.

“Congratulations to all competitors who swam on the day. There were many impressive individual performances including a total of five new records.”

There were also novelty events and pool games aplenty for those who still wanted to enjoy the day. 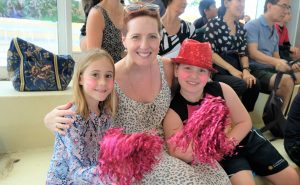 “Thank you to the Primary School staff, Year 9 and 10 PASS students, Sports coaches and all parents for your support of the carnival,” Yoni said. 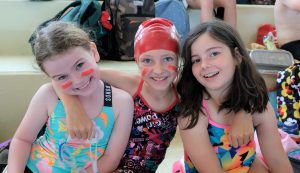 “A final thanks to the PDHPE team without whom we would not have had such a successful and smooth-running event.”

All results, age champions and the IGS swimming team for ASSISA will be announced shortly.

Welcoming back our Class of 2017

Get cooking at home