Over the moon about Boy Overboard

IGS is excited to present Boy Overboard, a Junior High School production which has been adapted from Morris Gleitzman's novel by playwright Patricia Cornelius.

The production will be performed over four nights, from Tuesday 20 March to Friday 23 March, from 6pm in the IGS Drama Studio.

The School’s motto Unity Through Diversity, is echoed throughout the story of Boy Overboard.

“With so many people on the move globally, the idea of ‘home’ has never been more important for us to consider,” said IGS Director of Dramatic Arts Rita Morabito.

“Empathy is an important tool in building unity, and so the IGS cast from Years 8 to 10 have been working hard to bring the story of Jamal and Bibi’s journey from Afghanistan to Australia to the stage.

“It is a tale inspired by real events, told in a humorous and moving way.”

The story’s themes include the confusion of war, politics and belonging. 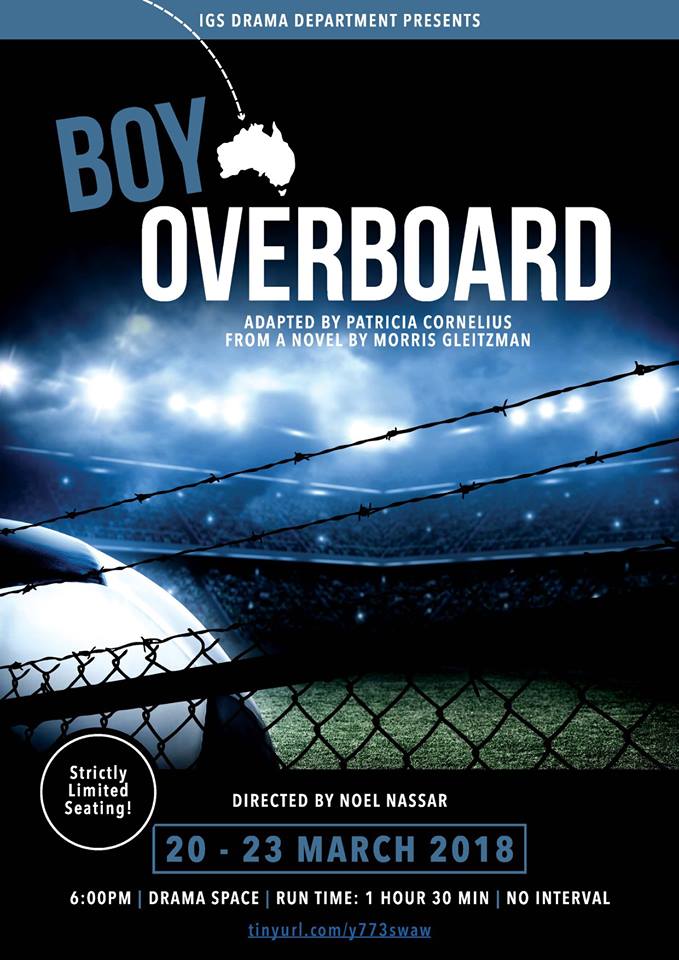 While some students are new to the stage, others are beginning to feel natural in front of an audience. All students have been developing their understanding of dramatic skills from IGS Drama educator Noel Nassar.

“Mr Nassar is so invested in the play, so it’s been really fun and engaging in the lead up during rehearsals,” Madiba of Year 8 said.

“He’s taught us so much about blocking and levels, it’s been very interesting,” added Aimee, also of Year 8.

The students have be intensely rehearsing ahead of opening night, delving into the issues, themes and emotions highlighted throughout the production.

Aimee of Year 8: “The most exceptional scene is when Jamal and Bibi lose their parents because there’s so much emotion. I actually cried in a rehearsal of this scene with Jamal because it was so real.”

Nye of Year 10: “My favourite scene is when Bibi and Jamal are about to board the boat, and they are very nervous and on edge. There’s just so much emotion and I love the interaction between the family.”

Bianca of Year 10: “All of the scenes are so interesting to learn, because there’s a lot of movement and imagery throughout.”

With less than two weeks to go until opening night, don’t miss out on your chance to see Boy Overboard. 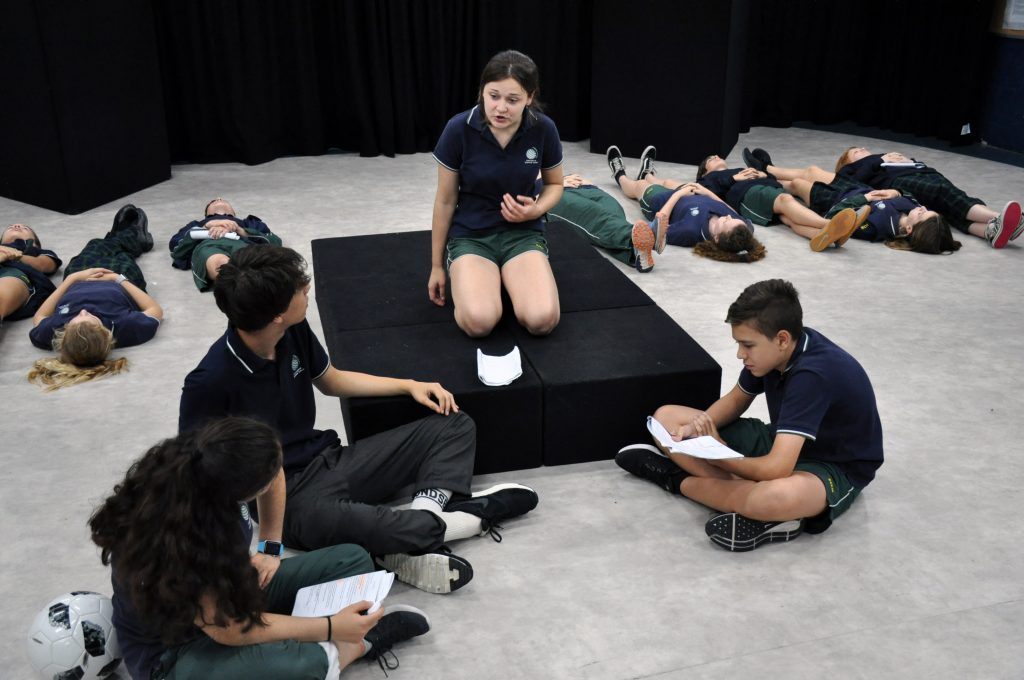