Marco on his way to becoming a football champ

Marco, in Year 6 began playing football at just four-years of age, which is not unusual for an Italian, his mother Meredith Ward said.

Meredith said it was pretty obvious how passionate he was about the sport right from the start.

“He quickly moved from club football into academy training, and has been playing representative level in the Football Federation Australia Skills Acquisition Program since he was 8-years-old,” she said. 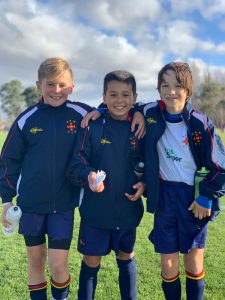 “Marco loves the teamwork involved in the sport, and has made great friends all around Sydney and beyond through football.

“He enjoys a challenge, and had a fantastic time representing CIS at the recent NSW PSSA Football Championship, which ran over three days out in Bathurst.” 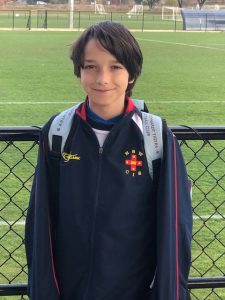 The Combined Independent Schools (CIS) team went into the final against Sydney North undefeated, but unfortunately lost the final by one penalty goal.