Please see a selection of writings from students Maxime, Will and Leo below.

This year in film studies I developed my editing, camera work, and storytelling skills. I feel like each term I got to improve drastically in each aspect throughout assessment tasks. For example, in Term 1 we were to make a one-minute film about anything, which broadened my creative and storytelling skills, in addition to my camera work skills upon practical application.

In another term, we were to make a multimodal presentation on an Australian who’s contributed to the Australian film industry. I sought to improve my editing skills by making a flashy video presentation on Paul Hogan. Currently, I’m writing a mockumentary film about Kyle, a special character who has his average day documented on film. Issues arise when his unsympathetic character creates friction with his fellow classmates, teachers, and society.

The film I am currently working on is about a young boy who is an up and coming AFL star.

As time goes on, the kid and his parents believe that he is becoming a much better player and it would be worth his while to try and reach out to an academy program. The young boy tries to get in touch with an academy but they reject him.

He takes this very seriously and begins to train harder and harder every day and begins to send through emails to the agencies contact details regularly. After a while, the agency finally decides that they would like to consider giving him a spot in the academy.

The younger boy instantly makes a montage containing his highlights and sends it through to the academy. The next day he wakes up and checks their emails to only see that there is no response. The young boy goes down to the park to practise some more when suddenly a strange-looking man appears in the grandstand. The young boy looks over and notices the man, but continues to train as the man watches.

At the end of the young boy’s training session, the man slowly approaches him as he is getting ready to leave. The man tells him that he is one of the few scouts from the academy and that he would love to offer the young boy a spot in next year’s academy team. The young boy accepts the offer and is extremely excited about the great opportunity he has been given. 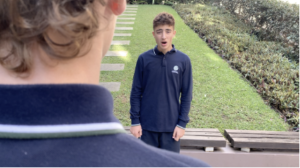 In film studies, I am currently learning about the process of movie making as well as how to make a movie of one of my favourite genres in film, gangster movies.

It has always been something I have wanted to do, to make a film about something I enjoy when it comes to the history and storylines this genre presents.

I am making a film about a kid born into a mafia family trying to escape all the temptations and threats he receives to join this infamous family. I chose a film like this due to my liking of films like Goodfellas, the Godfather, a Bronx tale and The Departed.

Our teacher Mr Manning was someone who knew the ins and outs of the film industry with experience within it as well as a lot of background knowledge from filmmakers, actors, screenwriters as well as script making.

I also learnt how important the weather is while filming due to a different set of scenes in different clips if your clothing or the weather and your appearance did not match. 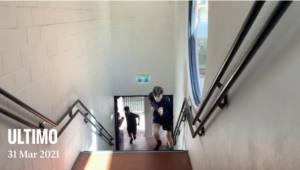 Saskia loves a song and dance

Global Learning Experiences at a glance