When I was at Harvard University earlier this year, I met a woman who has spent her life working as an international mediator in some of the most troubled parts of the world. Her name is Dr Donna Hicks.

Some of this impressive woman’s most important work was undertaken in Northern Ireland in the wake of that awful period known as The Troubles. With Reverend Desmond Tutu, Dr Hicks helped broker peace, across a table, over a year, between victims and perpetrators of sectarian violence.

The people who they met during these encounters were broken people. But Dr Hicks began by asking them a simple question. ‘Do you want to meet with us and tell us how your dignity was violated by another human being?’ The question unleashed an ocean of pain, but it also paved the way for peace. As a result of this work, Donna Hicks has become a foremost expert in the powerful role that dignity can play in leadership.

Let’s start with a simple definition. Dignity is our inherent value, our worth.

We are all born with dignity. Every single one of us. We all have it. It’s part of who we are as a human being. Our dignity is also very vulnerable. Vulnerable to being harmed and injured. Dignity is also different to respect. Respect has to be earned. So when we ask people to treat us with respect, perhaps what we’re really saying is treat me with dignity. 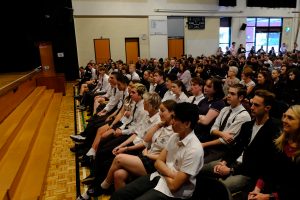 What does it look like to treat people with dignity?

Let’s be concrete about it.

Think about the last time you violated someone’s dignity. We all do it. You see, we are born with mechanisms within us that make us behave badly when we are under threat. So sometimes we gossip, blame others, shirk responsibility. After all we’re human. But we’re not doomed to be slaves to these mechanisms that we inherited from our early ancestors.

The good news is that we are actually hard wired to feel with others.

I think we need to get back to this, to feeling the way others feel. And we can do it through ‘dignity’. And the nice thing is that the power of dignity only expands with use. The more we give, the more we get.

In Nelson Mandela’s 1994 autobiography Long Walk to Freedom, he recounts beginning his life imprisonment on Robben Island in 1964. On the first day he decided that he needed to work out what the guards intended to do to him. It didn’t take him long to discover that their goal was to strip him of his dignity. So, Mandela already felt that he had triumphed as his belief was that it would not be possible to strip him of his dignity. He was born with it and nobody could take it away from him.

Stories like this tell us that dignity can be a source of internal power, providing us with emotional scaffolding and a tremendous source of resilience. Treating ourselves and others with dignity is a way to achieve the peace we want: peace within us, peace in our relationships, and peace in the safer and more humane world we all wish for. 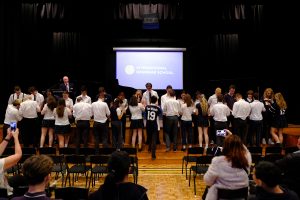 To think about dignity in another way, consider a baby who has come into your life. Babies soften us. We could go as far as to say, they’re invaluable, priceless, irreplaceable. And what do you do when you have something that is invaluable, priceless and irreplaceable? You protect it. You nurture it. If I had asked you to bring along a baby photo to class today, how might that remind us all of how precious and vulnerable we all are?

That little baby was my son Brendan, now all grown up, and a teacher. He works in a school where he is treated with dignity and as a result he is flourishing and bringing his best self to school every day. This is my wish for all of you.

There’s a good reason too, to hold to the idea that dignity is at the very heart of what it means to be human and indeed, to lead. Why? Because we all want to be treated as if we matter and when we are not treated in this way, we suffer. These dignity violations can leave their mark on people and linger. We often remember that awful thing somebody said to us or about us many years later.

Here at IGS, how we treat one another matters.

So take care in the knowledge that when we are treated well, we flourish. This insight alone could be a great source of empowerment for our new leaders. It’s certainly what we’ve seen in the leadership of Sisi, Fadi, our student leaders and Year 12. They have been a fantastic year group, magnificently well led. As we anticipate the pinning of the badges on our new leaders, let’s congratulate Year 12 on a job very well done. 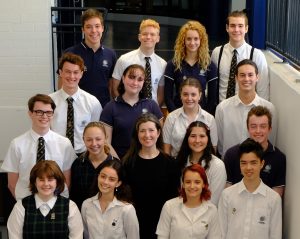 To our new leaders, IGS was here a long time before you arrived, and will be here for a long time after you leave. After we all leave.

Your role now, our role, is to bring the very best of what we have every day to help our School make progress. It’s a bit like the stonemason who works on the grand cathedral day in day out, a cathedral that will continue to be worked on by generations of stonemasons, beyond this one. Each contribution matters.

Year 11, I urge you to be guardians of dignity and to treat people with care as you carve out your final year of school. 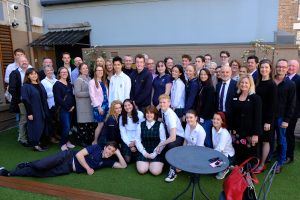