Her team has recently been invited to compete in the Australian figure skating championship, representing NSW in Melbourne next month.

Kylie began skating at 7 years of age, and it became a serious passion when she turned 9.

“The kind of skating I do and like best is synchronised skating. This is done in a team of 16 skaters. We skate together in unison to music in a sequence of moves around the ice that has been designed specially by our coach,” Kylie said.

“We train several times a week. Training can be very hard and sometimes we have to get up at 4.30am and be at the skating rink, sometimes at 5.30am for training. 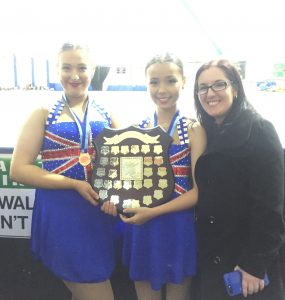 “At the recent NSW State competition, our team had to prepare a choreographed sequence of moves to a musical theme. We also had to dress the part. This is also scored. The performance music this year was a medley from Spice Girls, so we wore a royal blue skating dress with the Union Jack.” 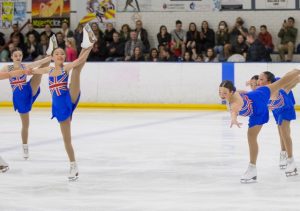 Kylie said she is both nervous and excited about the National Figure Skating Championship in Melbourne.

IGS congratulates Kylie on her personal achievement. We wish her all the best at her upcoming competition.