The students competed against seven other schools finalists from across NSW at the Enmore Theatre. 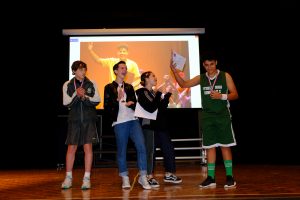 “Each section of the competition was approached with skill, wit and heartfelt commitment,” Rita said.

“IGS placed second in the State and we are incredibly proud of their efforts.

But that wasn’t the only victory for IGS. Madiba was also awarded the inaugural Elliot Miller Award of Most Valued Improviser. 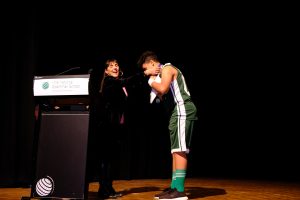 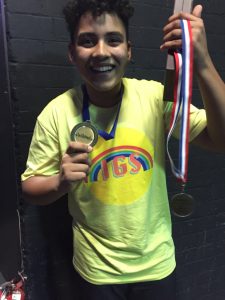 “This award is given to the student who best embodies the spirit of supportive improvisation,” Rita said.

“The award was given for what the judges saw on stage. They had no knowledge of the wonderful T-shirts which Madiba had designed and gifted, not only to the team but to his coaches and teachers too.

Textiles and Design buzzes here and there