IGS Aboriginal Studies students have made a submission to help decide the form of a future Indigenous voice to Federal Parliament.

The students have added their voices to the calls for support for the Uluru Statement From the Heart, lamenting “deaf ears” and urging that the Parliament truly listen and act.

Here is their submission:

We are three classes of students in Years 11 and 12 at International Grammar School (IGS) in the inner city of Ultimo, Sydney, NSW.

Over those three classes, we have one student who descends from the Darambal Nation in Queensland and is very proud of her Aboriginal and Tongan heritage. Each of our students lives in inner Sydney and we are a proud school with 23 Indigenous students and their families making up our school community.

We think that Indigenous people have been denied basic human rights from the start of colonisation and very little has been done to amend these acts taken against them.

Having an Indigenous representation in parliament will help further empower Indigenous Australians and encourage better treatment and equality within Australia. 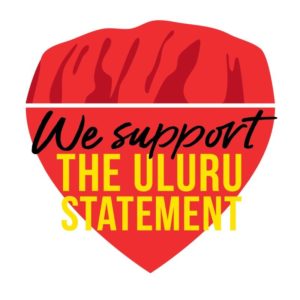 Why is it important for Indigenous people to have a say in the matters that affect them?
It is evident that actions and initiatives implemented to better the lives of Indigenous Australians ultimately will not be truly effective unless co-designed with the people which the initiatives are made for.

When Indigenous people are able to express and identify their issues and work together with external forces to correct them, it prompts self-determination and strengthens communities who are then more likely to succeed.

How could a Voice to Parliament improve the lives of your community?
A voice in parliament will advocate and further empower fellow Indigenous Australians and improve the overall socio-economic status of all First Nations people.

When one Aboriginal person succeeds, the entire community will benefit. This improves the likelihood of creating significant change and improve the lives of Indigenous Australians.

Why do you think it’s important to enshrine the Voice to Parliament in the Constitution, rather than include it only in legislation?
The political empowerment of these historically disenfranchised people is essential to the advancement of Australia as a whole.

The Government must enable legislation for the Voice once a referendum has been held in the next term of Parliament.

The membership model for the National Voice must ensure previously unheard Aboriginal and Torres Strait Islander people have the same chance of being selected as established leadership figures.

This is not an issue that can be solved with further ignorance and neglect, and yet is an issue that has continuously fallen upon deaf ears of our Parliament.

The importance of Aboriginal consultation in relation to issues actively affecting them is indisputable. It is shameful that it has taken 233 years for the Australian Government to recognise that Indigenous Voices are crucial in the dialogue of Indigenous issues.