Teachers and judges were blown away by the talent showcased at the recent IGS Shakespeare Carnival.

There was no shortage of creativity in the drama room as students performed to Macbeth, A Midsummer Night’s Dream and Romeo and Juliet.

The competition, run by Sydney’s Sport for Jove, encourages students to engage creatively with Shakespeare’s works on stage in the form of acting, dancing, music and design.

Judges Rosemary Ricketts and Stephanie Leroy said they were really impressed by the passion and commitment shown by the students.

Director of Dramatic Arts, Rita said over 75 students took part in the competition.

“Students presented a high standard of work which showed excellent understanding, appreciation and and interpretation of the Bard’s plays,” Rita said.

“The Drama Space was alive with great skill, passion and excellence on display.

“All participants should feel very proud of the standard of work that they created.”

Despite the talent across all students, Rita said only one group can be selected from each category to proceed to the Regional level of the Carnival.

She congratulates the following students on making it through to this next level:

The ensemble, Oliver, Coco, Eleanor and Stirling put together a remarkable performance of The Witches, Macbeth and won for their category.

Coco, who played the second witch, said they decided as a group to let each witch have their own personality.

“My witch is the youngest of the three. She is youthful and likes to laugh at everything her older sisters say. She often has her hands near her mouth and uses the Leban movements of Float and Flick in her movement. I loved playing her because she is so youthful and fun,” Coco said.

The group spent all of Term 1 preparing for the piece.
“We went to Shakespeare Club at Thursday lunch and also went to my house on most Tuesday afternoons for a few hours,” she said.

“There are thousands of interpretations of the Witches and Macbeth so we needed to work hard and be very creative to come up with ways to express our characters differently to any other performance.

“It was difficult to discover at first, but once we got the main idea our brains were bursting with ideas.”

Coco said after being disqualified for having too many props last year, she is excited and ready for a comeback.

“Besides preforming in front of a larger audience and getting our Shakespeare skills shown, it’s also a lot of fun watching the other school performances and learning from the judges’ feedback. We can’t wait!”

Stirling, who is new to IGS this year, said he had always wanted to work in a close-knit team.

“To be able to go to the next round with them means everything and I can’t wait,” Stirling said. “The thing I look forward to about the competition is having fun on stage doing what I love with three amazing people.”

Rosemary said the witches were sensational.

“You each were individuals; you weren’t generic and that was great to see the characterisation.

“Really good strong opening, good cues. It was very well rehearsed, the rhythm was good, the energy was good. You also used different levels and your voices. The delivery was like a soundscape almost.

“I loved how Macbeth came in and there was such a different stylistic difference. You were quieter, you were introvert.”

Carmel Reznik and Coco Messita, both in Year 9, won for their duologue of Macbeth.

“It was so strong,” Rosemary said.

“Duos are hard just the two of you, you have to be on top of your material, you have to understand everything about the dynamic. And boy are you well on the way to doing that you two. Great work.”

Students Madiba, Ned, Niamh, Nevaew and Lily of year nine won in their category of Mash up for their performance of the Time Travelling Lawyers, Macbeth. 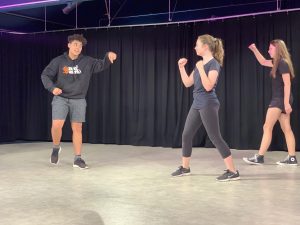 “Although it’s the most popular category, it is one of the hardest, I have to say, because you are making your own script and it’s hard to find that balance between including contemporary adaptation and involving as much Shakespeare as you can,” Stephanie said.

Stephanie said the group, who created humour by contrasting the Shakespearean formality and contemporary language, engaged the audience throughout the whole performance.

“You can tell that you guys really enjoyed what you were performing; it shows and it’s really nice to see that and the audience really enjoyed it as well,” she said.

“It was a great energy throughout the whole piece and it was fun because it was an intense short summary of the play and you made it very contemporary which suits the audience that you are with right now.”

Year 8 students Amelia, Iris, Sophie and Ava won the Dance component of the competition for their performance of A Midsummer Night’s Dream. 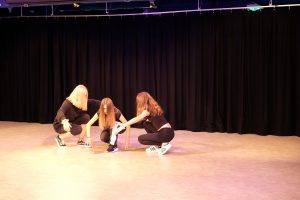 The judges commended all dancers for their use of the space, their choice of music and those dancers who created different shapes using their bodies.

Drama teacher Ned said some of the students made huge leaps during the Shakespeare Carnival. 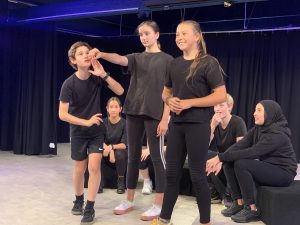 “The more performing you do the better you will be, and we are very proud of you,” he said.

The students are looking forward to the next round of the competition.

All rise for kindness