IGS on show at Pyrmont Festival this weekend

IGS looks forward to seeing a range of student talent on show at the upcoming Pyrmont Festival this Saturday 15 and Sunday 16 September at Pirrama Park.

Watch out for Year 11 IGS musician Maxine Baker who will perform at the Pyrmont Festival on Saturday between 11am and noon, just before Sydney Lord Mayor Clover Moore’s address. 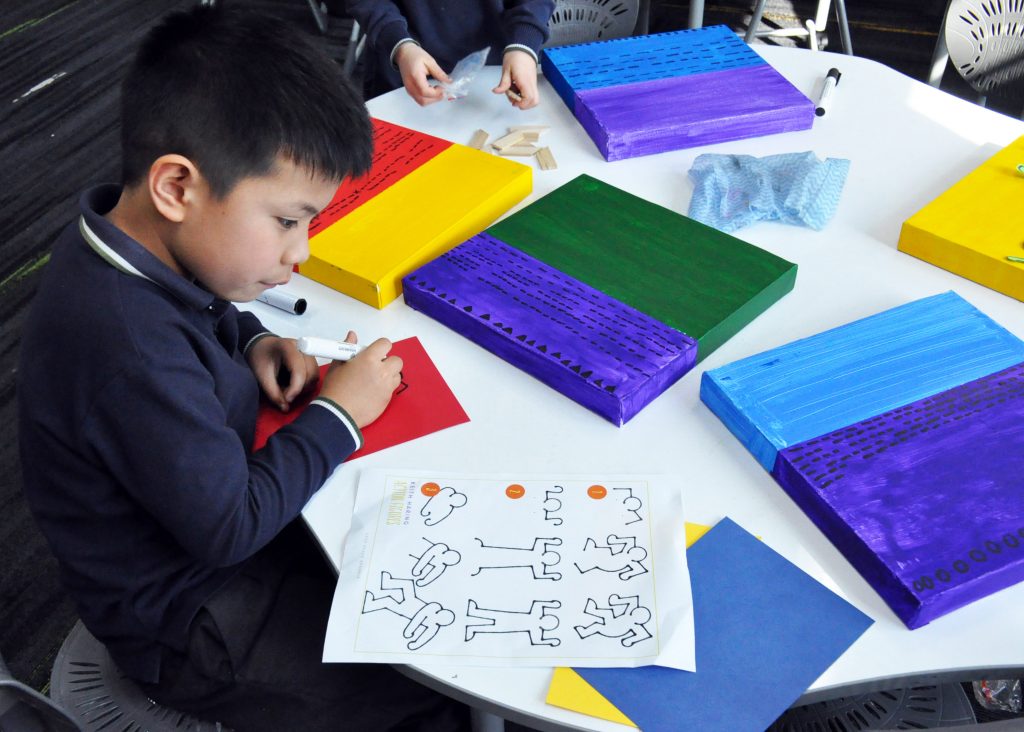 “His artworks are very interesting, in a good way, because they show lots of movement in different ways through lines and shapes,” said Adelaide of Year 1.

“I tried to show that the figures on my artwork are excited and celebrating, with lines around them.”

Students were encouraged to consider the composition of their works to show illustrative depictions of figures and symbols in movement.

“My figures are dancing in diagonal lines, and some are breakdancing,” Yari said.

“Art is my second favourite subject after languages because you get to be really creative.”

“I just wanted to have fun with my artwork, and tell a story about people dancing,” added Ceylon. 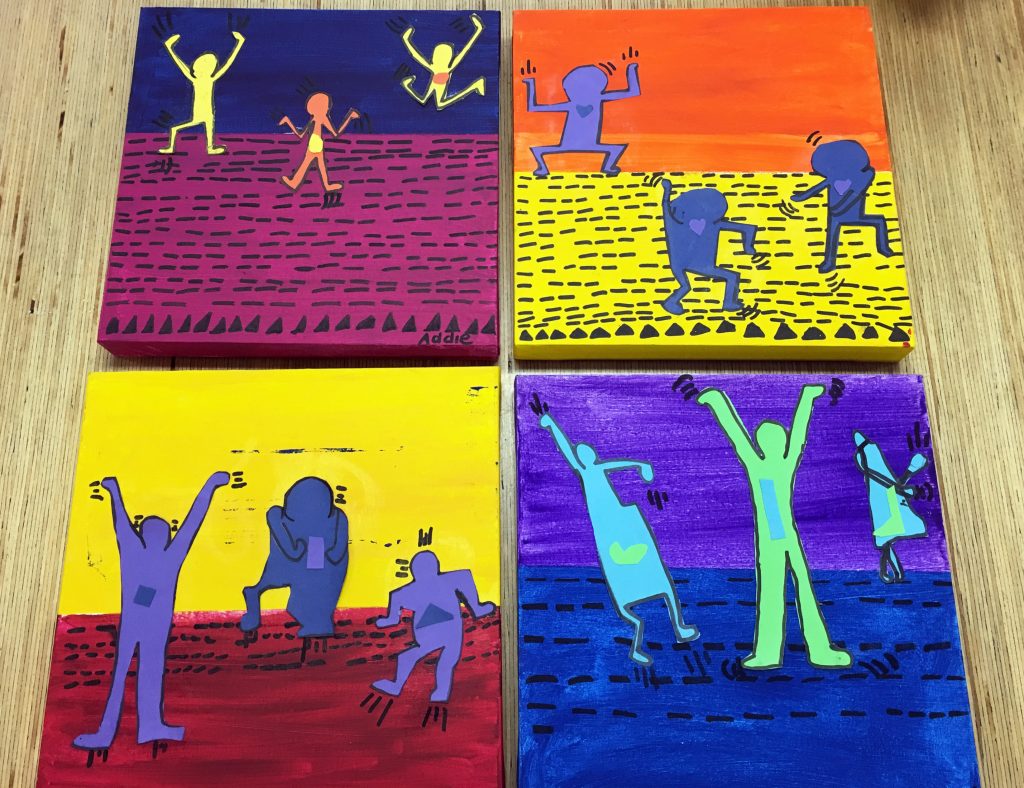 Students painted the backgrounds using two block colours, drew shapes and lines in the foreground, added paper figure cut-outs, and then completed the works with additional lines surrounding the figures.

“I also put cut-out hearts and put them on the chests of my figures, because they are dancing, so their hearts are going ‘boom, boom, boom’,” said Jag. 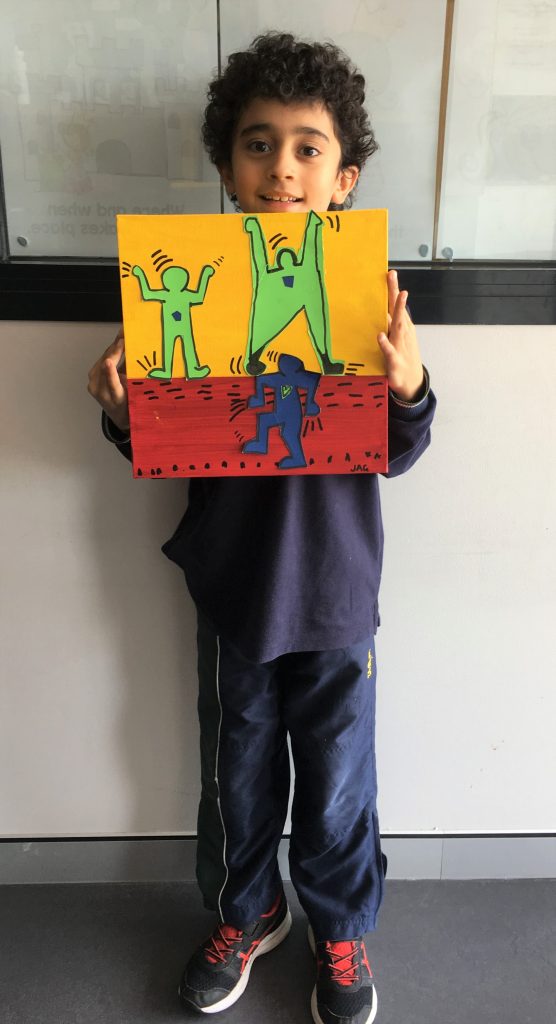 Come along to support our students this weekend, or learn more about the Festival.