The IGS Leadership team recently attended their final conference of 2018, The Blue Ocean.

“The conceptual framework for the day was drawn from W. Chan Kim and Renée Mauborgne’s influential work on strategy,” said Principal Shauna Colnan.

“They argue that lasting success for an organisation comes not from battling competitors, but from creating ‘blue oceans’, untapped new market spaces ripe for growth.

“They assert that cut-throat competition results in nothing but a red ocean of rivals fighting, where only one competitor can win.”

In this week’s Through Line, Ms Colnan’s weekly letter to staff, she said she “loves the metaphor of the blue ocean” and that at IGS “we are very fortunate”.

“In the Sydney educational landscape of the early 1980s Reg St Leon had a blue ocean idea,” Ms Colnan said.

“He believed that all children should be bilingual and that this should happen through the educational program of the school.

“Reg created a blue ocean school and IGS is still in the blue ocean.

“Six languages delivered through partial immersion, a Global Learning Centre devoted to the teaching and learning of languages, a clubs program unlike any other, Philosophy rollout in the High School, Artsfest, our global network of schools, the SAGE program. I could go on.” 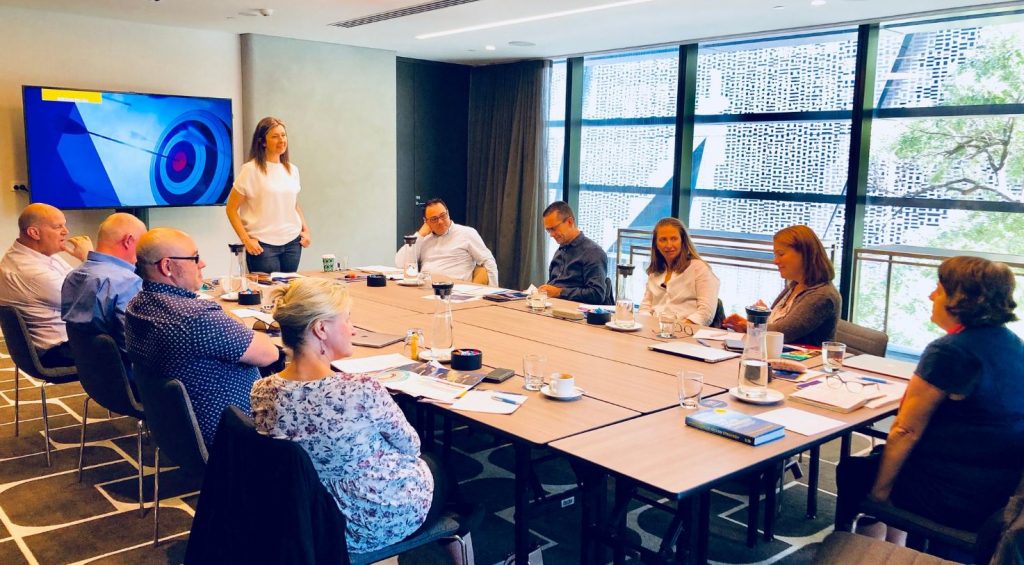 At the strategy day, staff began by sharing one word to describe the year the IGS has had in each of their portfolios. Evolving, dynamic and frenetic were some of the words presented. 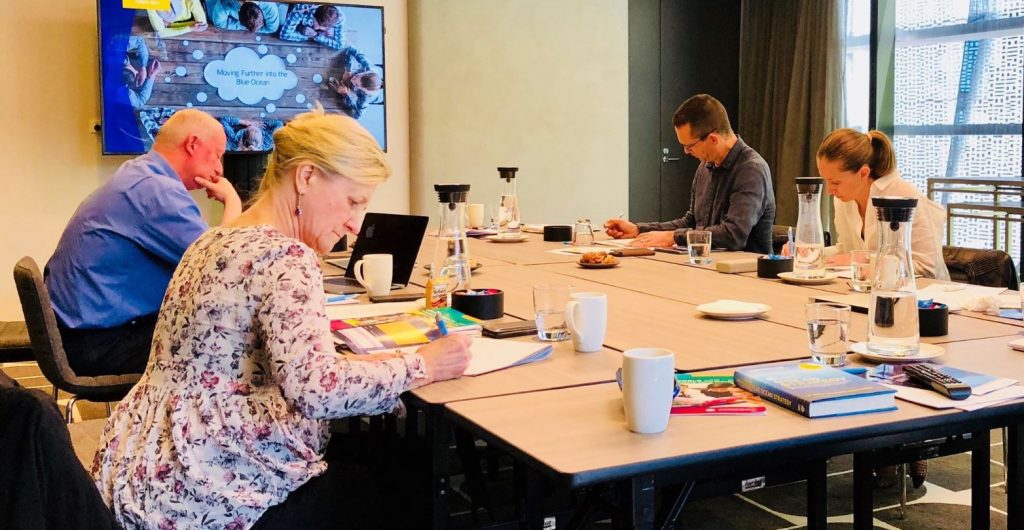 “I then challenged the team to think about how our School, our team, each of us could push further into the blue ocean next year?” Ms Colnan said.

“What could we introduce that adds value to our students’ educational path through school in 2019?

“What would it take for us to be more united, more purposeful, more energetic, more positive, better listeners, more present for colleagues, more responsive to your needs, to have a spring in our step, to be better in a way that would be noticeable and different?”

The response, as Ms Colnan shared, was “a fantastically interesting conversation”.

“I am grateful for the generosity and openness of each member of the team, as we reflected on the successful and happy year we’ve had and start to anticipate the year ahead,” Ms Colnan said.

“We are extending the grand vision that Reg had and he is absolutely astounded by the scale of the School and the tremendous way in which it has evolved over 30 years. David Wright expressed a similar sentiment when I met with him in Hobart two weeks ago.”

Ms Colnan concluded by thanking staff for their “special and unique contribution” to IGS this year.

“Each one of you weaves your own magic in this place every day. I’m very grateful for all of your immense talents and your goodwill.”