The Picnic celebrates the Kindergarten children’s ability to settle in so well to the School and to learn as much as they can.

Students were welcomed by the Teddy Bears Picnic song before skipping around the garden with Ms Colnan and their teacher. 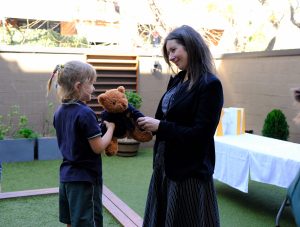 “I love the way children are talking about sharing their teddy bear with others,” Ms Colnan said. 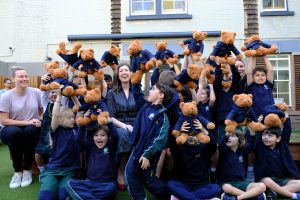 Harper of Kindy Gold said she named her bear “Peeky Boo” because he likes to poke his head out of the bag. 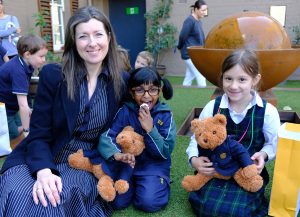 Harper, with her friends Luna and Arkie, created an impromptu teddy party in the garden and invited their class to join.

James said his bear would be a police bear. Others name their bears Jay, Emmaella, Goldenbear, Tricky, Star and Eagle.