“This term, Stage 2 (Years 3 and 4) have been been working through an eight-week mindfulness program for children,” Mr Engelbert said.

The program was developed by Mindfulness Matters Australia, based on work completed at the Oxford Mindfulness Centre.

The lessons, based around awareness of one’s experience and paying attention to the present moment, have covered:

In a recent Year 3 class visit, Mr Engelbert used sound techniques with a chime and clapping sticks, allowing the students to “focus on the space between sounds”. 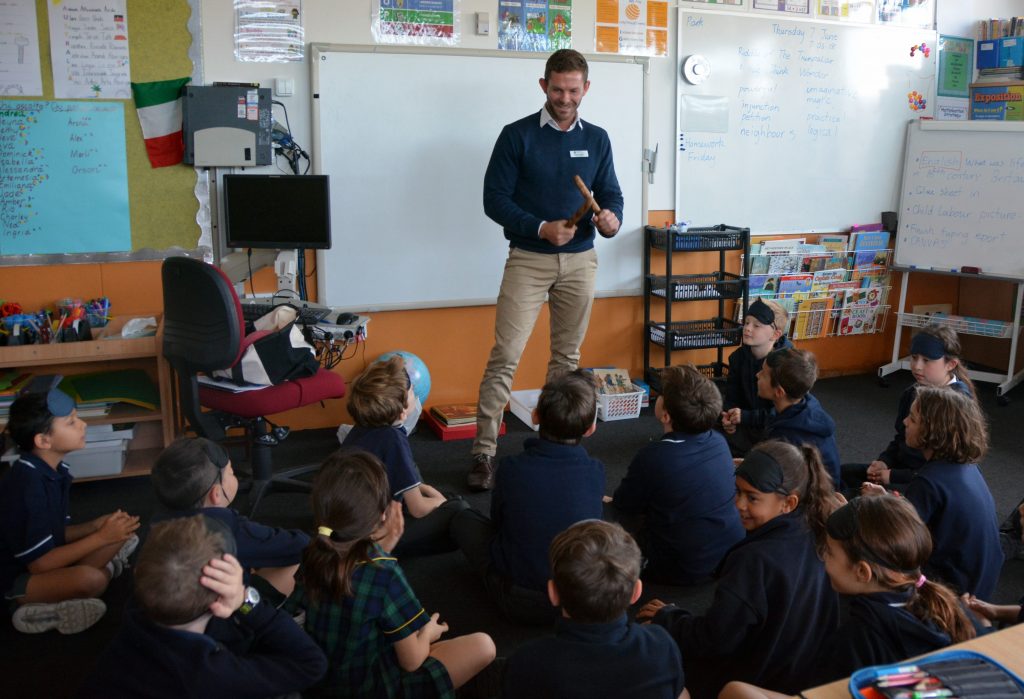 “Sometimes there was a large distance between sounds, and other times the distance was short,” one student commented.

Finding their own space in the classroom, students lay in silence, concentrating on their “sound nets”, and which sounds they picked up on or were able to neglect. 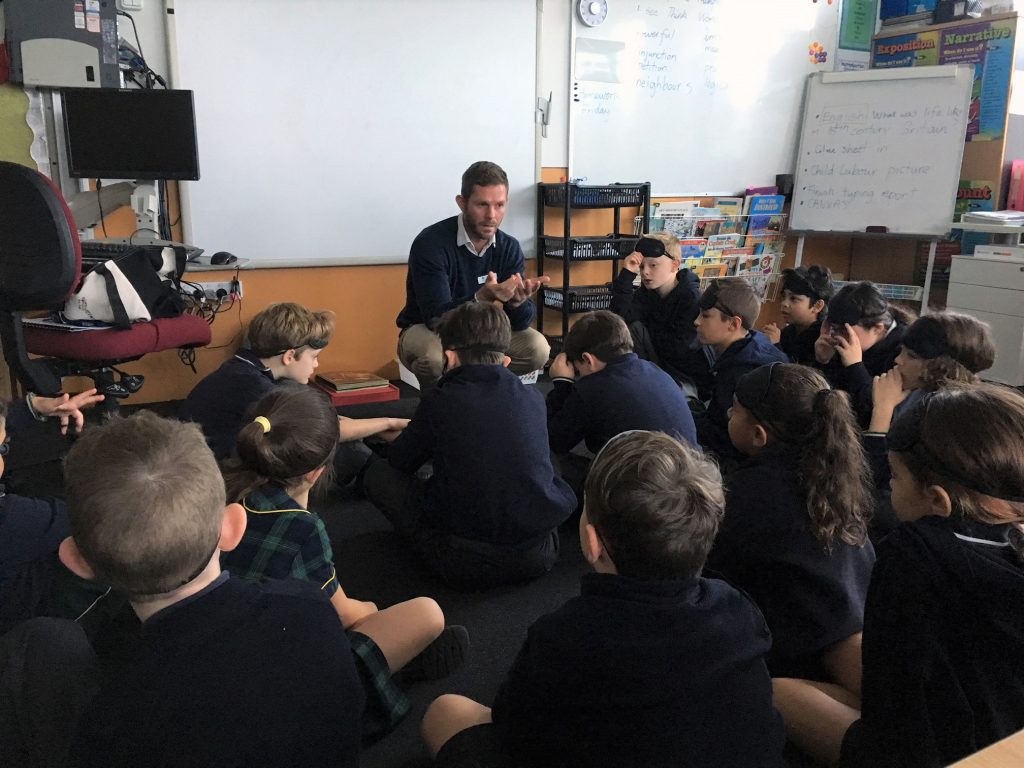 Mindfulness exercises such as these allow students to become present in the moment, with openness and curiosity.

“The practice of mindfulness has been shown to exert a powerful influence on one’s health, wellbeing and happiness and is especially important in this increasingly fast-paced and frantic world,” Mr Engelbert said.

Students are encouraged to take part in mindfulness exercises in groups and alone, regularly, to increase their self-awareness and social awareness. 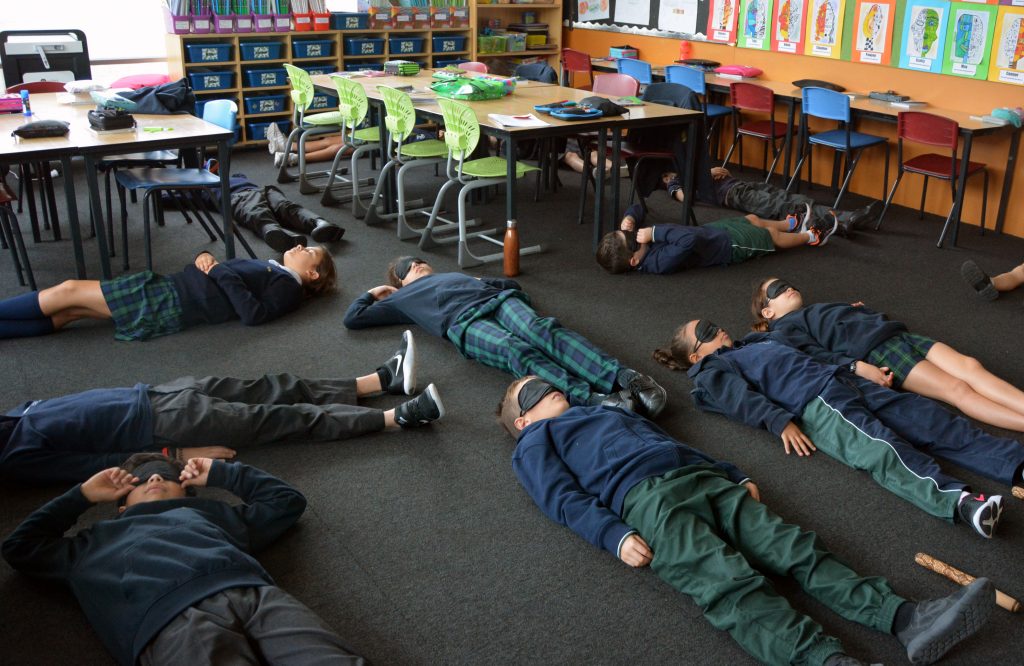