Holding onto memories through photography

Elias said he was inspired by his uncle who is a photographer, who taught him how to use a camera properly when he was just five years old.

“I really enjoy taking photos because when I look at something and it looks interesting, I can’t keep it in my mind for very long, so I take a photo,” Elias said. 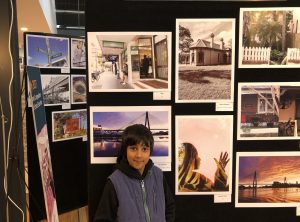 “I like to take photos of airplanes that are taking off and landing, drones in the air, buildings and flowers. I also like taking photos of Lego I have built.

“The photo I took for the competition was of the Cruelty Free Shop on Glebe Point Road. It is a vegan shop and it is really special to me because it doesn’t sell anything with animal products in it. We get sweet treats from there often.”

The judges seemed to be very impressed by his work. They thought it had been done by a high school student.

His mother Sapna said it was very exciting for Elias to see his photo up alongside those of fellow IGS students. Ben’s picture is behind him on the top row. 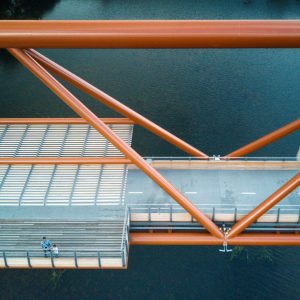 Ben took the photo above with the help of his uncle, using a drone.

A warm welcome to Adam