Both boys are members of the UTS Taekwondo Club and coached by Lisa Oh. 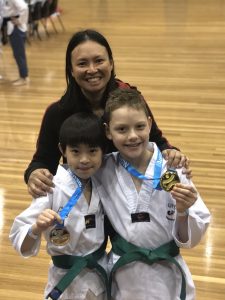 “It was good to be able to use the kicking and blocking I’ve learned in class in the competition to help me win,” Henry said.

“It was a very good experience and built up my confidence for the next competition,” Cyrus said.

A lesson in gratitude

B Kinder Day at IGS