Congratulations to Year 4 IGS student Ruben Shepard who has been named Under 11 NSW Cyclist of the Year.

Competing in eight events across the country Ruben, a member of the Randwick Racing Club, placed first six times and came in second twice.

In the recent NSW Junior Track Championships in Dubbo, Ruben won the Under 11 scratch and time trial and was also named Under 11 NSW Cyclist of the Year.

He also competed in the Queensland Under 11 State Championships and won all his events and he also won the Victorian State flying 200 under 11 in 15.2 seconds. 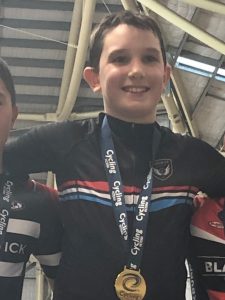 Ruben was congratulated and presented with a trophy and two medals by IGS Principal Shauna Colnan at a recent Primary School assembly.

'Something great' for the 2022 academic year