A costume designed by IGS Year 12 Design and Technology student Gina Corridore for the musical production of Priscilla Queen of the Desert and inspired by the Australian waratah has caught the eye of HSC markers.

Her major project has been nominated for inclusion in Shape 2018, the annual exhibition of exemplary Major Projects developed by HSC Design and Technology, Industrial Technology and Textiles and Design students. “It was so difficult,” said Gina, who has always been fascinated by costumes but knew only the basics of how to sew before embarking on the creation. 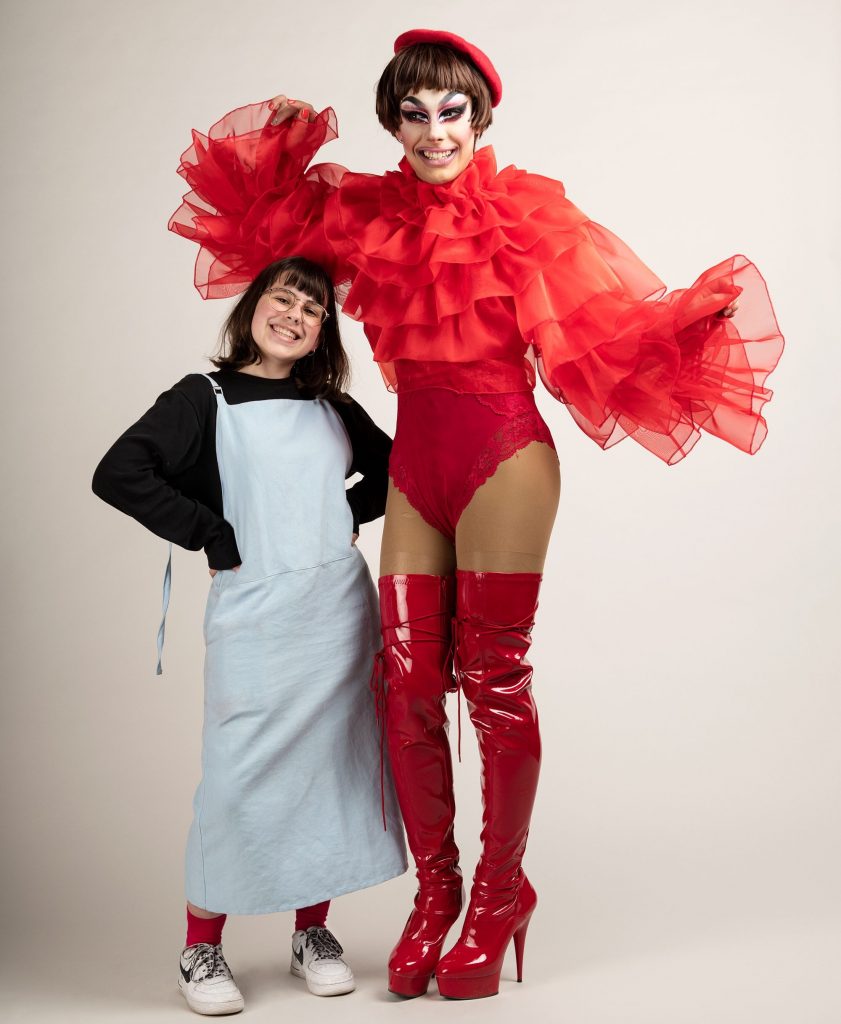 “I knew nothing to do with costume design. It was a lot of trial and error. Ms Doic helped me a lot, along with the internet and YouTube.

“I made my own pattern from scratch, then five or six prototypes for the sleeve, a similar number for the bodice, and lots of tests. It was really frustrating!

“I had to try so different things. There was nothing quite like it.

“It was a challenging project but ultimately was very rewarding.

“I would also like to thank the exceptional and talented team of Priscilla: Queen of the Desert the musical who provided me with guidance throughout this project.”