The Big Song-Dance-Play-In Music Concert featured IGS musicians from Years 4 and 5 and their families.

Parents and grandparents enjoyed the opportunity to sit alongside the students, record their performances and even play along. 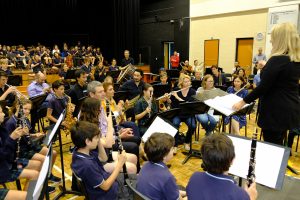 It was a joyous festival of Bring Your Own instrument and Do It Yourself playing and singing, surround-sound, thrilling percussion, rich strings, bright woodwinds, teamwork and more. 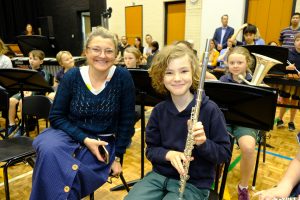 “I loved it,” said parent Chris McLean. “Tilly gets a kick out of having us here. You get a very different experience sitting in the ensemble. It’s stereo!” 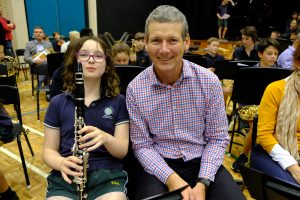 Director of Music Alison Housley said it was the first time in her career she’d planned such a concert. Ensembles included the Bay Street Band and Kelly Street Band and choirs, from the Primary School. 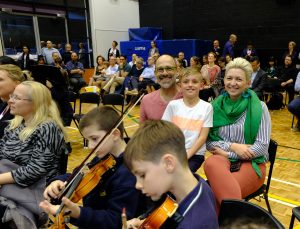 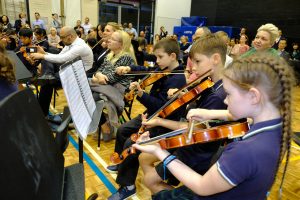 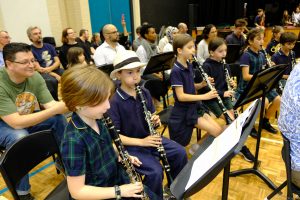 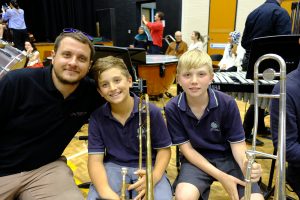 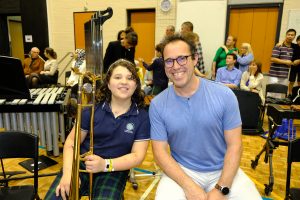 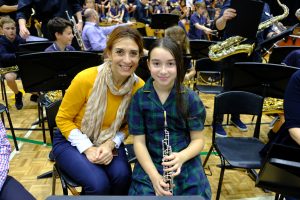 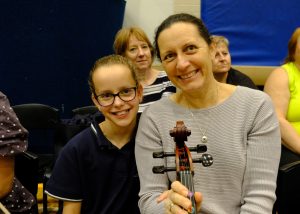