IGS wishes to congratulate Year 12 student and inaugural student leader of The Bibliothèque, Felix Tonkin for securing an early offer from the Australian National University in Canberra.

Felix, who plans to study a Bachelor of Politics, Philosophy and Economics, received the exciting news on 8 August, and said he was overjoyed to share the news with his family.

“It’s the course I had been wanting to do for quite some time, and knowing I had an offer for early entry felt so relieving in these uncertain times,” he said.

Felix said he looks forward to continuing his studies at a postgraduate level, with the possibility of eventually working in academia.

“Exploring complex political and philosophical concepts really excites me as a future career path,” he said.

“I have always been fascinated with the big picture things, how societies function and how groups of people make decisions. So seeing a course that combined the disciplines of philosophy, political studies, and economics into a broad and holistic lens of analysis really interested me.” 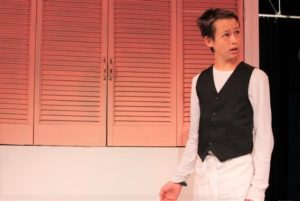 “Similarly, my long and fascinating discussions of philosophical questions surrounding evil and human nature with IGS Historian in Residence Dr Bruce Dennett shaped my decision to apply for this course,” he said.

“The vibrant community here at IGS has been really encouraging!

“In such an environment, people are free to pursue their educational passions and grow as thinkers. My time at IGS has inspired in me a deep passion for learning; one that I see woven into the very fabric of the School.” 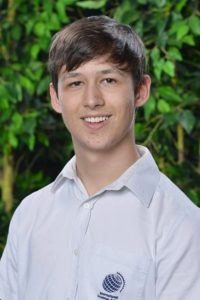 Principal Shauna Colnan has been a champion of early entry to university for IGS students since the scheme first began. Her appointment of Amelia Phillips as IGS Careers Advisor came with a brief for Ms Phillips to open more doors for more of our students as they consider their next steps beyond school.

“I love the idea of our Year 12 students having university places opening up to them while they’re still at school, and for some, even before they sit for the HSC,” said Ms Colnan.

“It’s giving our students a sense of empowerment, freedom and choice, which has got to be a good thing, especially in these uncertain times.” 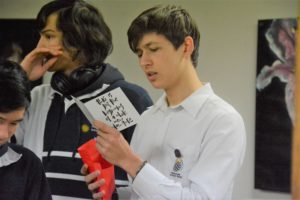 Ms Colnan, who is one of Felix’s English Extension 2 teachers, paid tribute to him.

“It’s exciting to imagine Felix extending upon his love of learning and using his incisive intellect and brilliant writing skills to study politics, philosophy and economics next year at ANU,” Ms Colnan said.

“I’m confident that he will absolutely thrive there.”

From strength to strength