Congratulations to IGS Year 10 student and novelist Fatimah, whose debut novel has been published.

Head of English Thom Marchbank was thrilled when he made the discovery.

“I taught Fatimah last year, and she told me then that she wanted to become an author,” Mr Marchbank said.

“We chatted about when I used to work in the Australian book publishing industry, and I outlined the options that you have available to you to get your book out there. Looks like she’s taken the next step!”

You can read Fatimah’s book here. 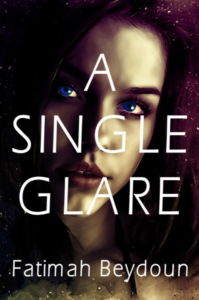 Fatimah said she loves writing and has been writing as a hobby for years.

“She is an orphan, having grown up in an orphanage. One night she is kidnapped from her dorm in the dead of night, by a wicked lady known as the Mistress. She learns harsh truths about herself, her parents, and the power she possesses,” Fatimah said.

“She is forced to train hidden powers she never knew existed, and begins to realise who she really is. After escaping from the Mistress with the help of a boy, who takes her to his hideout, her eyes are opened up to the mysteries of the world.

“She poses a threat to the world, unless she can learn to control her power and wield it for good, not evil. Through the help of her new-found friends, she begins to learn to develop them.

“She finds friendship and a family, two things she’s longed for all her life. After learning of her true power, she begins to discover haunting truths about her past and parents, and who they really were.”

Fatimah started writing her book in Year 8, and finished it in Year 9. She said she wrote in between classes.

“I am very happy about publishing my book as it has always been my goal. I am very glad to have found such a great publisher as well,” she said.

“I have written number two and plan to publish it soon. I will also continue writing new series.”