Faster, higher and stronger at the High School Athletics Carnival

Despite a wet track and winter conditions, the recent High School Athletics Carnival was a huge success.

Director of PDHPE Brian Downton said despite the questionable weather on the day, the carnival turned out to be a fantastic event.
“Students were absolutely fantastic and heavily involved,” he said.
Brian said one of the highlights of the day was Ben Hayes, who jumped a personal best of 184cm during the U16 High Jump, and almost cleared 190cm. 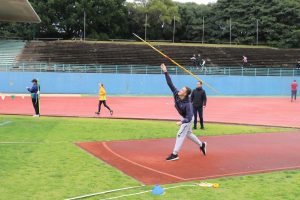 “There was a huge crowd watching, cheering him on and it was a really nice moment,” Brian said.
Another highlight was Stephanie Potter, who broke four records, some of which had stood for 25 years and Mischa Belunek who broke two records. 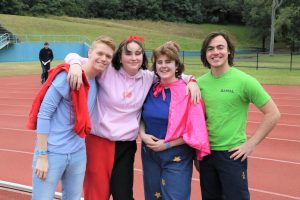 “It was a tight competition across all houses and participation was fantastic,” he said.
“Special mention to Year 12 who were simply amazing on the day and involved in all events.”
Brian said the “close battle” of the Year 12 tug-o-war was another huge highlight of the day. 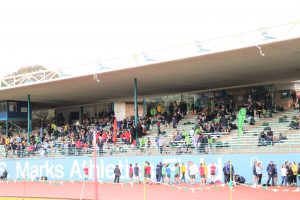 “It was fantastic to see Heads of House involved.”
Age champions and the winning House will be announced in an upcoming assembly.

You can't stop the music at IGS!