IGS is fortunate enough to be located near world-class tertiary institutes like the University of Sydney, which holds the largest collection of antiquities in the Southern Hemisphere in its Nicholson Museum.

“Even in a digital age, where images and 3D-rendered models of ancient sites are readily accessible online, Australian students studying the ancient world can be at a disadvantage to their peers in the UK and Europe who have ready access to the ancient past,” IGS HSIE teacher Alexander Westcott said.

“Nothing beats the immediacy of visiting a site or examining an artefact up close.”

“Students examined artefacts ranging from Roman oil lamps, to the grave goods of ancient Egyptians, asking questions about their purpose, provenance and age,” Mr Westcott said. “They were then taken on a tour through the museum, with a focus on its Egyptian, Greek and Roman collections.”

The Museum is used in tertiary archaeology courses to teach students how to handle, analyse and interpret artefacts in the context of their culture and time period.

“It’s fascinating to think that the sword we handled had been used in battle,” said Imogen of Year 11.

This excursion supports the new IGS Ancient History program, which runs for the first time this year.

“The first topic of study students focus on is an examination of the methods historians and archaeologists use to uncover the past,” Mr Westcott said. “This equips students with the skills to analyse and challenge accepted theories and interpretations about the ancient world, especially in light of new evidence or technologies.”

The Museum is home to nearly 30,000 artefacts of artistic and archaeological significance from Egypt, Greece, Italy, Cyprus and the Near East, offering a wealth of learning experiences for IGS students.

Ancient History students will have the chance to gain more hands-on experiences later in the term with a simulated archaeological dig. 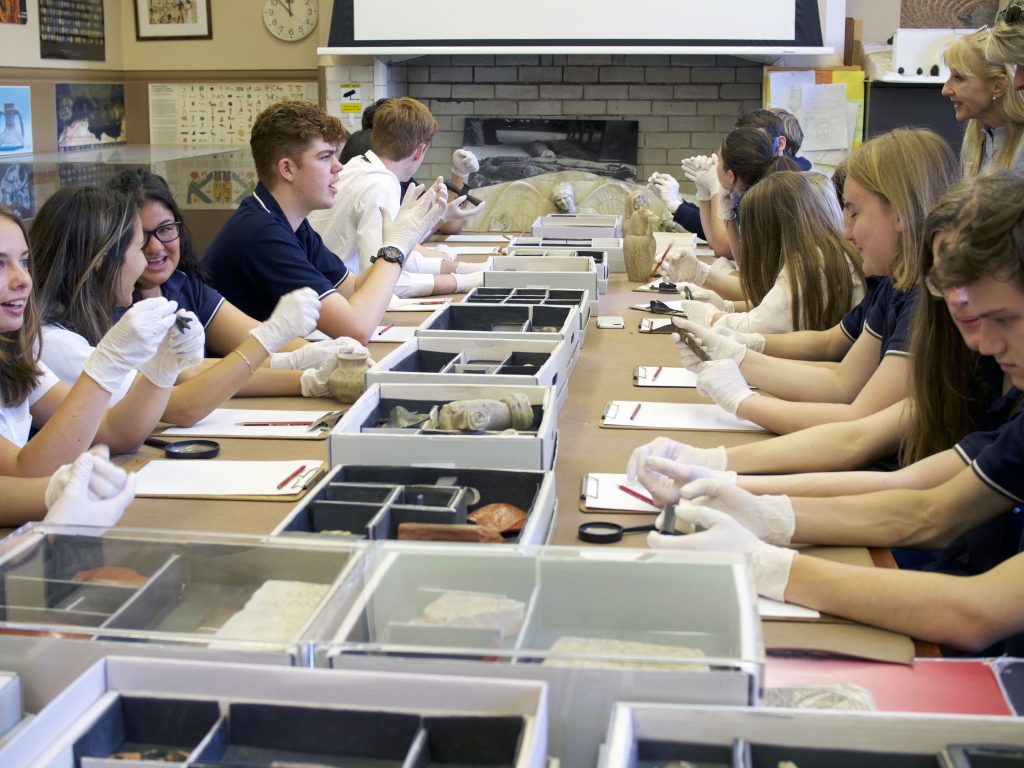