From real life princesses, crocodile hunters, American aviation pioneers and mathematicians, Year 5 students demonstrated their knowledge at the completion of their Eminence Project.

After weeks of research, students presented their findings to their family and friends. Students also enjoyed dressing up as their chosen person of eminence. 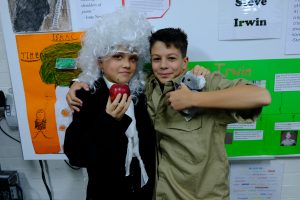 “Throughout history, many people have used their extraordinary strengths, passions, obsessions and gifts to influence the world. There are, and have been, many great people who have ‘made a difference’ in a number of fields,” Year 5 Teacher Michelle said.

In Term 2, all Year 5 students worked on the Studies of Eminence Project. This is a deeper learning unit of study where each student selected an eminent person they are interested in and became an expert on them. 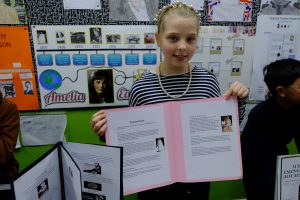 “It is important for students to become aware of these people and to investigate their impact,” she said.

“Year 5 completed a variety of activities to convey their knowledge, skills and understanding which culminated in an exhibition of their work on the last week of school.

“All Year 5 teachers, parents and friends were extremely impressed by the high standard achieved by all our students.”

Matilda of Year 5 said ever since she was little she has been interested in women’s rights.

“Malala stood up for girls education,” she said. 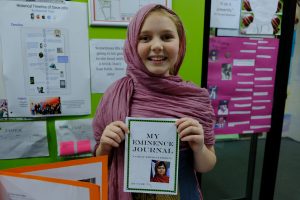 Charlotte chose Amelia Earhart after picking up a book on her life.

“I knew she was a pilot but it would have taken a lot of courage because she flew around the world, it took days to do and I like how she has a lot of trust, she did it by herself,” she said. 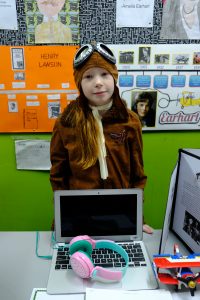 Kai chose the creator of Lego, Ole Kirk Christiansen. Kai loves Lego himself, but said he was also interested in researching someone that wasn’t as popular, even though he did create something that is. 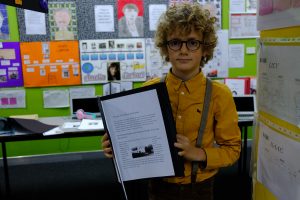 One interesting finding Kai found throughout his research was that Ole Kirk Christiansen has 12 siblings and 4 sons, and was once a carpenter.