The project aims to develop Indigenous totem names for our classes through a process of authentic research in close connection with the local Indigenous community.

The totem names will be based around the existing totem system in the High School.

“We have begun researching some of the animals that live on Gadigal land and fly through the air,” Early Childhood Teacher and Educational Leader, Victoria Willett said.

“We want to learn about our Indigenous culture, flora and fauna.” 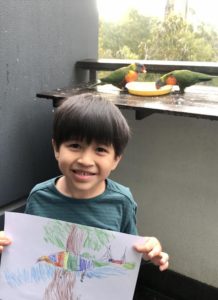 “One of the eight Aboriginal Ways of Learning is through Land Links, connecting with nature.

“We are fortunate to have discovered a currawong building a nest outside our window in Early Learning.

“Through careful observation, the children are identifying the difference between different birds such as currawongs and magpies.

“They are discovering the life cycle of birds, as they now watch the parent sit on the nest.” 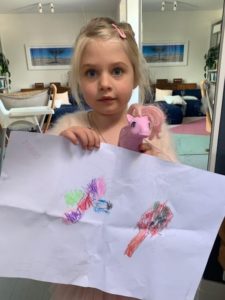 “The children are noticing the change of seasons. The D’harawal climate cycle has six seasons. We are now in the season of Ngoonungi; cool, getting warmer,” Victoria said.

“The children and families at home are joining in the research, too, observing the seasons, finding birds and representing their ideas through creativity and drawing.

“We make connections between different lands we live on and the languages spoken. Indigenous ways of learning include strong family connections. 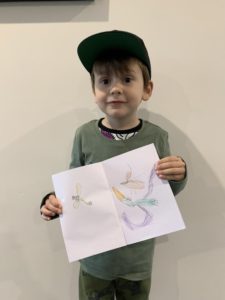 “The children are learning why totems are important. The children demonstrate emerging ideas about our reciprocal role in caring for the land and respectfully using the resources the land provides us.”

Bentura described the wedge-tailed eagle as powerful, strong and brave.

Victoria drew connections between their observations by telling the children “It helps keep the ecosystem clean, too,” 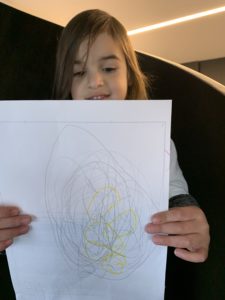 Olivia noted her bird could have chicks. Victoria added “We need to look after our totem to ensure its survival.”

Aboriginal ways of learning are non linear and connect new knowledge with old.
George explains “I drew three pterosaurs. They were flying reptiles in the time of the dinosaurs. Dinosaurs are extinct now, but the smallest dinosaurs survived and dinosaurs are birds now!”

Early Learning will continue to create connections with the land, art and culture and involve the local Indigenous community members and artists. 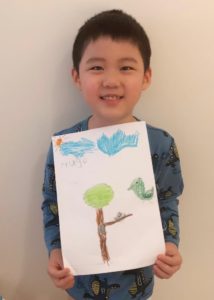 A time to dance