IGS is incredibly proud of all HSC Drama students who recently showcased their Group Performances and Individual Performances for family and friends in the Drama Space.

Students also performed for NESA Examiners and completed 60 per cent of their HSC Drama works.

“All students collaborated to create an original Group Devised Performance and each student completed an Individual Project drawn from a variety of choices,” said IGS Director of Dramatic Arts Rita Morabito.

“Many chose to complete a Performance major work however this year we also submitted Film, Script, Costume Design and Poster and Promotion Projects.” 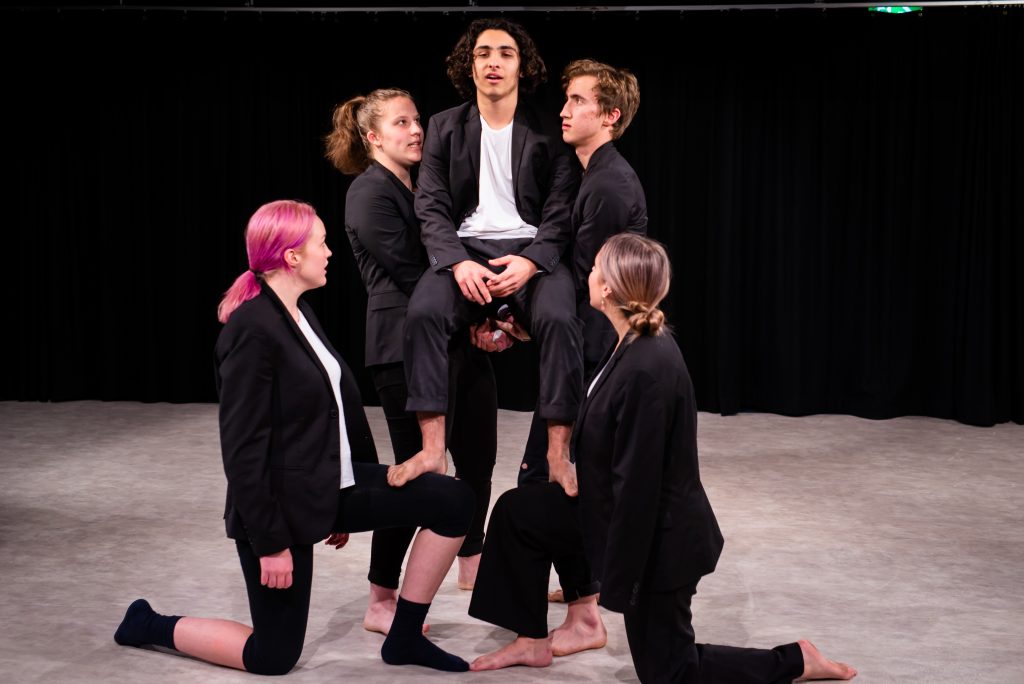 The Group Performances included a powerful exploration of the “Me Too Movement”, a commentary on the corporate takeover of local small businesses, conspiracy theories, alien sect recruitment, and leaving the past behind in search of new beginnings. 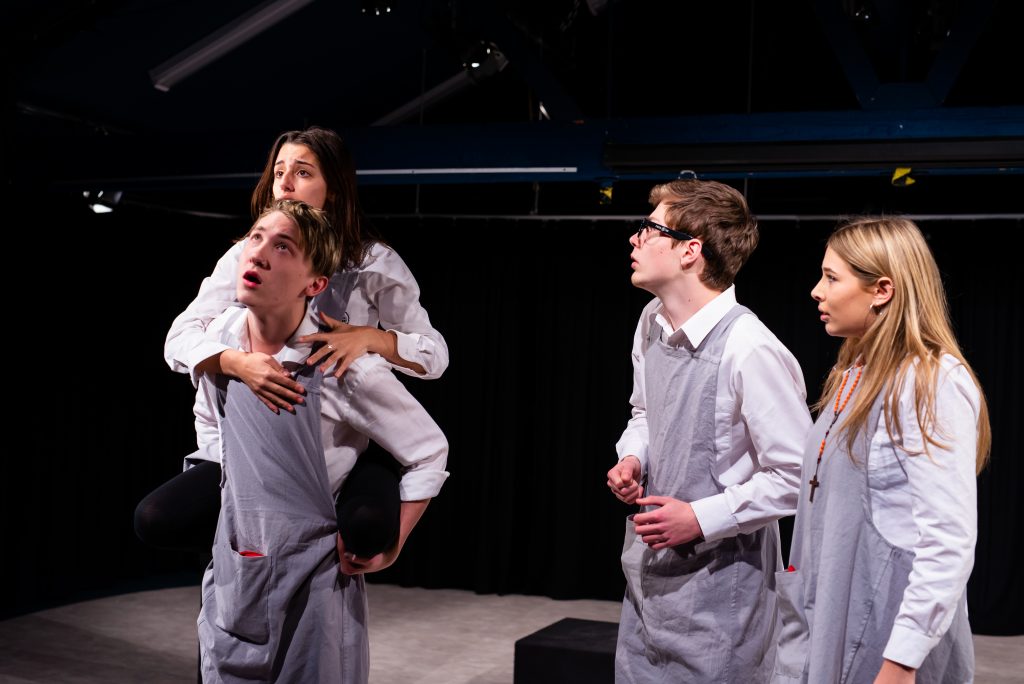 “The HSC examination days ran smoothly and were a joyous celebration of months of hard work, passion and tenacity,” Ms Morabito said.

HSC Drama provides students with the opportunity to engage in collaborative experiences to develop skills in interpretation and communication.

“When I was two, my playdate hit me over the head with a Golden Globe award, and from that moment I knew I was destined for the Dramatic Arts,” said Will Salkeld of Year 12.

“The Individual Performance is often fabled in the Drama realms of IGS; it’s the culmination of years of acting, improvisation and learning about theatre.”

Will’s performance was extracted from the stage adaptation of Tim Winton’s classic novel Cloudstreet. Will plays Quick Lamb, “the pre-teen from Western Australia who contemplates and comes to grips with the near-drowning and brain damage of his younger brother, Fish”.

“Throughout the piece, I embody four different characters as I travel through different places including the river, a row boat and eventually the night sky,” Will said.

Like Will, IGS Head Boy Lukian Adams also shares a passion for Dramatic Arts and has “tried to pursue this as much as possible”.

“My passion for performance started with debating in Primary School, and has since blossomed into a love of performance, theatresports, music and public speaking,” Lukian said.

For his Individual Performance, Lukian performed Boniface VIII by Dario Fo, a comedic in which he plays “one of the most evil popes in history”.

“I chose this piece mainly due to my love of Comedia Dell’Arte, one of the inspirations for the piece.

“My favourite part of my character was the internal contrast he had within him, which I found to be a very interesting concept to explore.

“While he may have a very powerful and malicious facade, on the inside he is incredibly vulnerable and insecure, and I enjoyed trying to tap into this sense of the battle between who the character really is, and how he wants to be seen.”

Elizabeth Grasso of Year 12 said that the experiences in HSC Drama have been “very rewarding” and students are proud not only of their piece, “but of the enormous talent demonstrated by peers”. 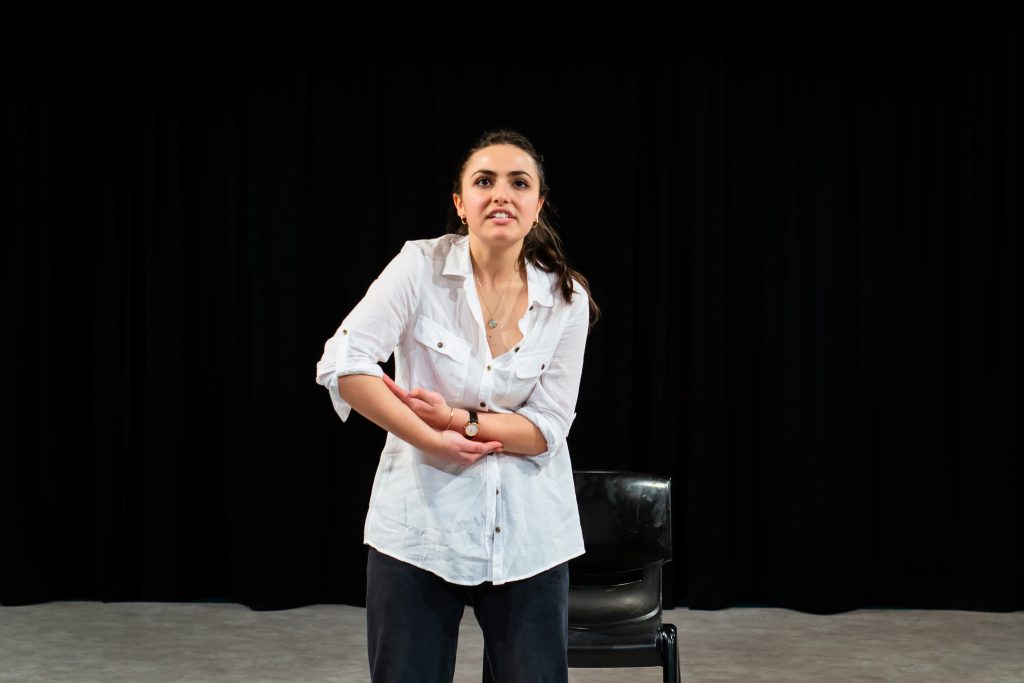 “My inspiration for doing Dramatic Arts as part of my HSC was from the pleasure I gained from starting Drama during my Primary School, coupled with watching many performances and assisting with productions at IGS such as Oliver, and the recent production of Tempest,” Elizabeth said.

“Here I was exposed to not only the talent of my peers at the School, but also to all the different aspects of production which all contributed to my growing passion for the subject.”

Will, Lukian and Elizabeth all thanked Ms Morabito and Mr Manning for their guidance, along with several facilitators who have helped them with their Dramatic Arts journeys. 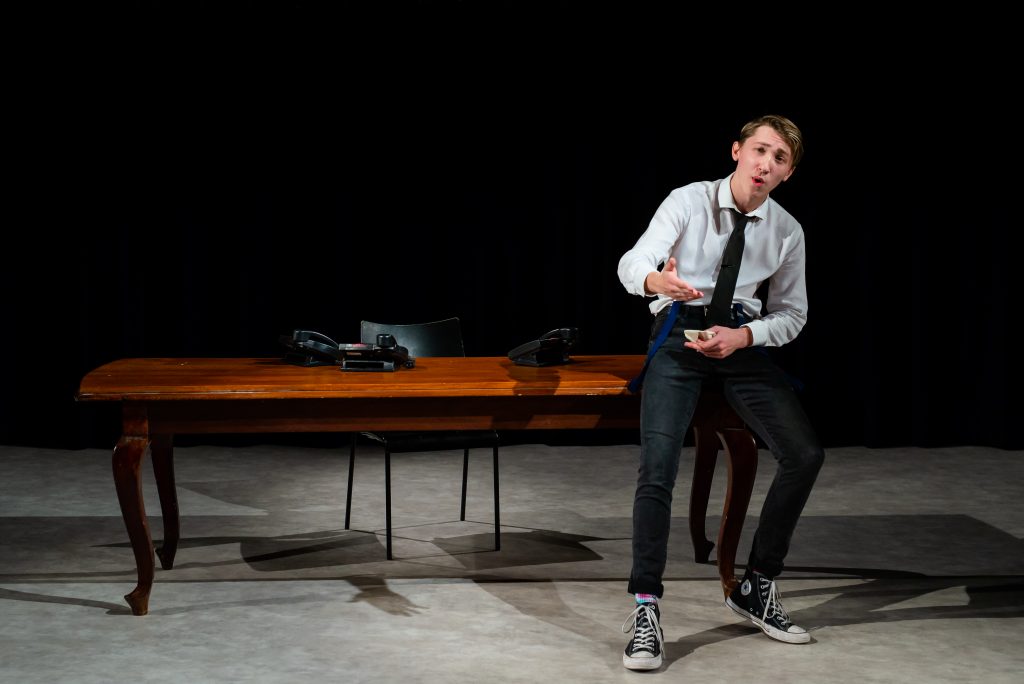 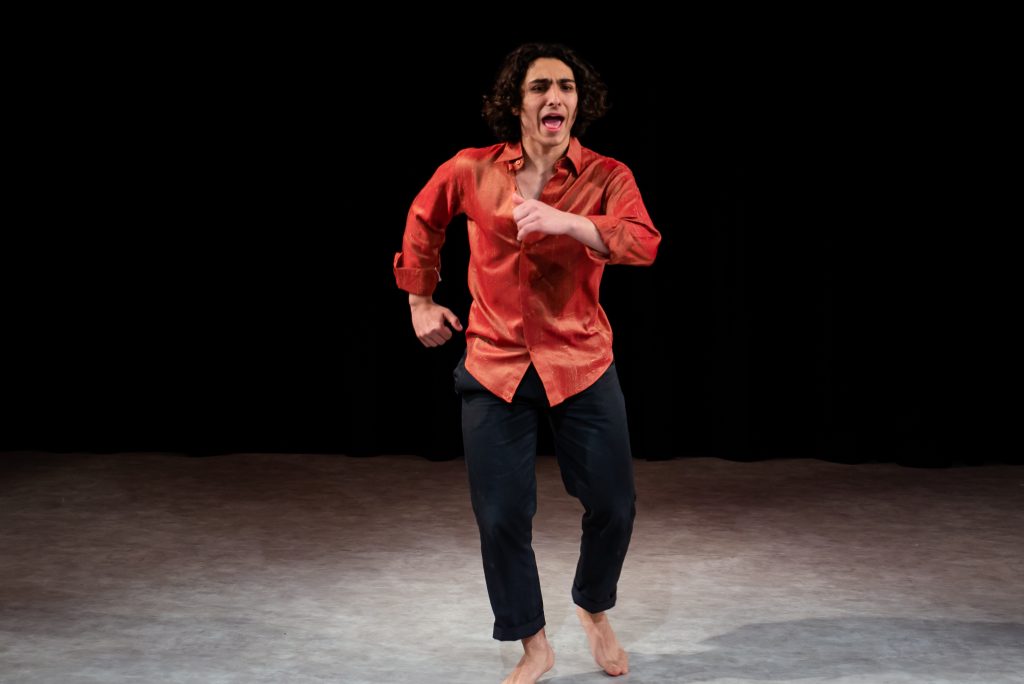 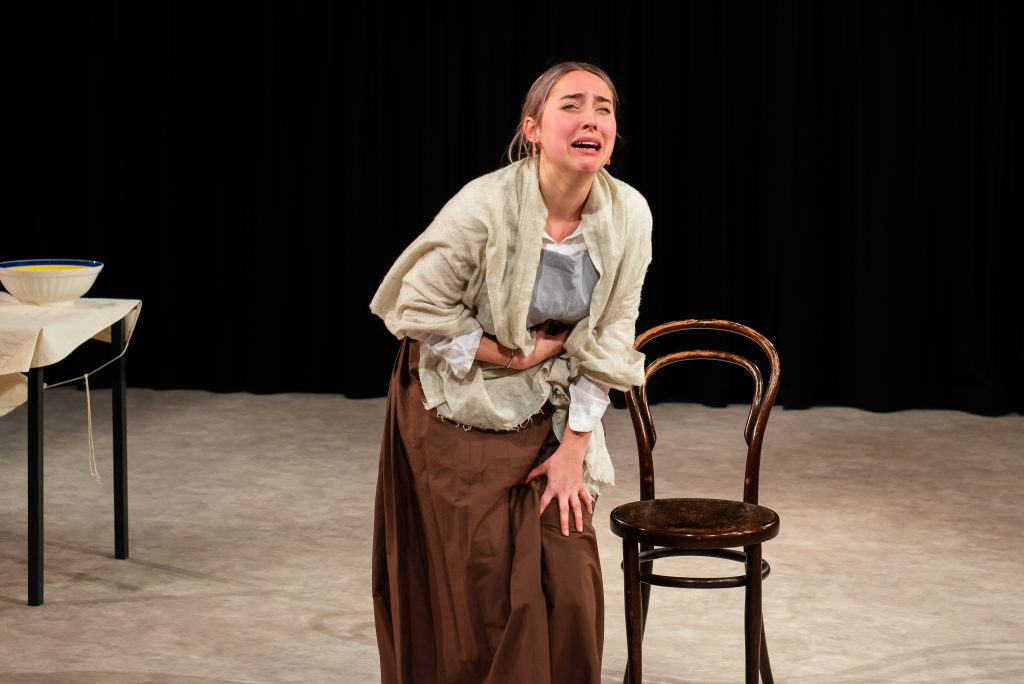 A taste of France here in Sydney for senior students