Congratulations to Year 11 students Luca and Gab for their winning entry in the IGS National Science Week doll drop challenge.

Their ingenious three-parachute design gave the Ms Loh doll a soft landing on the deck of the new Bibliothèque.

The parachute deployed without incident despite the strong wind conditions. 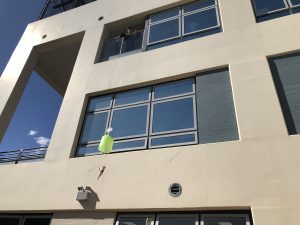 “To reach terminal velocity, it would have to have been a lot bigger,” Luca said.

The challenge, organised by the Science Department, demonstrated the opposing forces of air resistance and gravity, said Ms Somers.

Luca said he loved the fact that science evolved from people’s curiosity about the sky and world them and he enjoyed the challenge of this project.

Science Teacher Ms Gamage said she had always been fascinated by the nature of things. “It’s the truth of life,” she said.

For additional fun, the dolls involved in the challenge were chosen to resemble some of the Science staff, and Ms Loh, who took the plunge, had remodeled her outfit to create a silver cape. 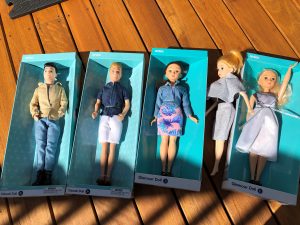