IGS Year 3 student Ruben has had a very successful weekend racing in the State Cycling Championships.

His dad Adam said although Ruben is just 8 years old, Ruben is racing against all competitors under 11 years of age. 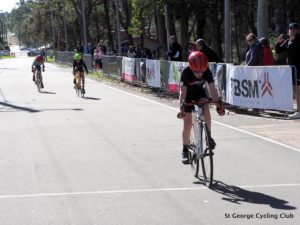 Ruben also competed in the European Championships at Assen in the Netherlands recently, placing 11th  in a six-day event.