Charlotte joined close to 400 young people across Australia who received a Gold Award. 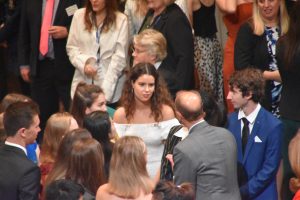 Seventeen prominent Australians were part of the celebration.

IGS congratulates Charlotte on achieving the highest level of this series of awards.

In related news, a number of Year 9 students recently attended a Duke of Ed camp.

Help make International Day the most flavoursome yet!