30 years ago, Russian musician and composer Rose Grausman walked through the doors of IGS, and we're fortunate she's been sharing her skills with us ever since.

Rose arrived in Australia with just $200 and her beloved music books, and after hitting several crossroads in finding a job, she took a chance and visited IGS.

Director of Music Alison Housley described Rose, who teaches piano and the theory of music to Kindergarten to Year 12 students, as the lifeblood of the Music department.

“She is such a rock, she knows so much about everything but in addition to that, it’s her experience and the way she has seen the growth and development of this department,” Ms Housley said.

“Rose is one of the most inspirational music tutors we have. Every little thing that needs to be done for her students, she makes sure she follows through.

“There is no music staff member who has been here for 30 years. It’s pretty significant, we’re her family and she thrives on being here and we thrive on having her here.”

Rose would argue she is the lucky one and said seeing her students find and follow their passion for music is what she truly loves most about working at IGS.

“These moments are very special,” she said. “Students are connected with music for the rest of their life.”

To celebrate her milestone, on 4 September, IGS will hold its third music concert, Especially for Rose, in celebration of her 30 years of teaching at IGS. 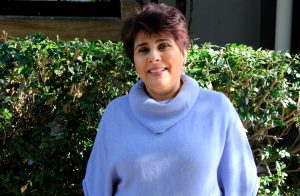 “It was something that touched my heart,” Rose said.

The music concert, to be held in the School Hall, will bring together the High School and Primary School ensemble and the Sydney Jewish Choral Society, which Rose directs.

“We have been talking for many years about collaborating on a concert,” Ms Housley said.

“Bringing the community into the School was one of my goals this year.”

Rose said the music concert will feature languages that are not taught at IGS, including Afrikaans, Latino, Hebrew, and Arabic.

Rose thanked IGS and the music department for celebrating her milestone in such a special way.

“Music is my life,” she said. “I cannot live without it. Music is my soul.”

“Every morning I am happy to be here.”

1000-Point Challenge off to a roaring start