IGS students Benjamin Briganti of Year 11 and Hayley Dobbin of Year 10 recently participated in a “Chinese Bridge” competition at the Lend Lease Darling Quarter Theatre and received Awards of Excellence.

The competition, organised by Sydney HSK (Chinese Proficiency Test) Center, aims to inspire students to become enthusiastic about China, and enhance an understanding of Chinese language and culture.

Students were required to give a speech in Chinese and then present a cultural performance.

“In their speeches, both students spoke about their experiences of learning Chinese and its importance,” said IGS Chinese Educator Shuyi Wu.

“Benjamin mentioned the food, songs and movies he enjoyed, and Hayley talked about some mistakes she had made in the past.

“In the performance part, they presented a skit between a teacher and a student, which showcased some funny jokes in a Chinese classroom and earned a lot of laughter on the day.”

Benjamin and Hayley were among 25 students who competed. The students said it was a wonderful event, as the competition provided a great opportunity for the students to hone their Chinese skills and present their knowledge. 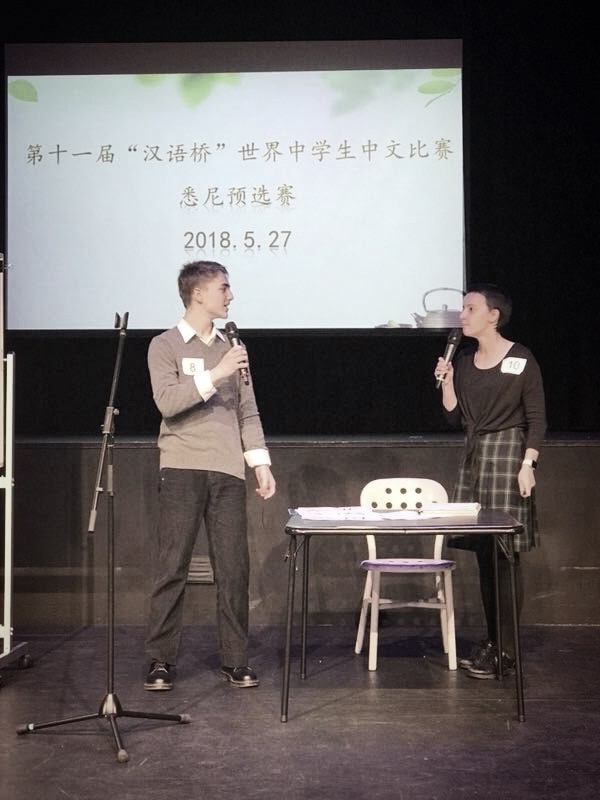