Top Year 12 students impressed the audience with their mastery of the English language at the recent IGS Year 12 English Extension 2 Showcase.

The students were among eight Class of 2019 IGS students to tackle the highest level of the High School English syllabus, and among just 2,000 fellow students statewide.

IGS English Teacher Thom Marchbank, a senior HSC English marker, said there was no other course like English Extension 2 in the world, describing it as the “capstone of what you can do at school, reaching towards university, anthropology, philosophy and sociology and great preparation for uni” and their major works as “synthesised, sustained work”.

“You choose something for yourself, and you chase it,” he said. 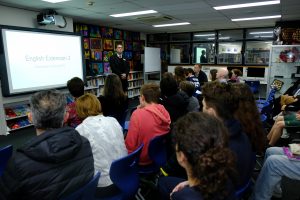 Their major works included original creative works and literary criticism which both used and questioned literary theory, extending their understanding of English literature and the ways it reflects and influences society. 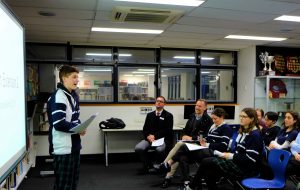 The students were frank about the challenges the course presented, and were congratulated for their achievements.

Head of Literary Projects Derek Patulny said he was glad the students showed courage and were “happy to take the leap into the unknown and explore”.

“Congratulations on completing something you will remember for a long time,” Mr Patulny said. “You can look back with great pride and satisfaction.”

Interested Year 11 students were part of the enthusiastic audience, gleaning ideas for their own major works next year. 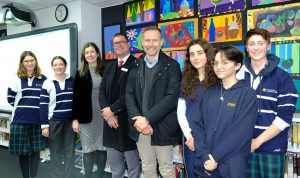