The IGS Australia’s Biggest Morning Tea fundraiser was a big hit, with students raising around $700 for cancer research.

Students of all year groups got involved in the initiative by bringing in baked goods to sell.

Event organiser and student Selin said she was blown away by everyone’s generosity.

“I wasn’t expecting it to be as successful as it was,” she said. 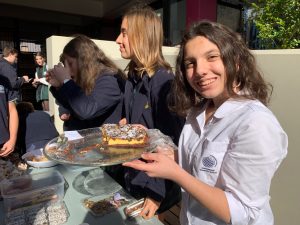 “So many people from Year 11 made food, and they helped in the morning by selling.”

Selin is hoping the bake sale will become a tradition for future Year 11 students to support the event.

She particularly wanted to thank the IGS Canteen for donating extra cookies, which were hugely popular, and all parents, caregivers, staff and students who supported the fundraiser.

“I had a parent from Year 6 bake this amazing cake,” she said. “It was really touching.” 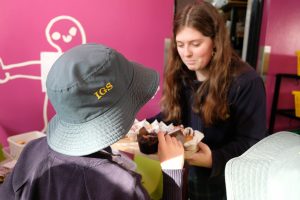 “I had people donate $20 for one thing and we had someone buy an entire cake.”